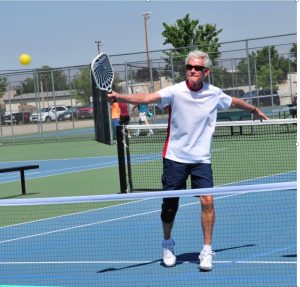 Like a vintage wine, 79-year old Dick Johnson just keeps getting better and better with age. The Idaho resident recently made his way back home after four weeks on the road, doing what he does best. Winning medals in pickleball tournaments.

This summer marked the fifth consecutive year that Dick has medaled as a senior participant in one of the six major events on the pickleball circuit – Margaritaville USA Pickleball National Championships, US Open, Huntsman Games, National State Games of America, National Senior Games and SSIPA Worlds. In all, Dick has won 55 medals (22 Gold, 19 Silver & 14 Bronze) at these major tournaments. Since hitting the courts, he has amassed a remarkable 200 medals in over 100 sanctioned pickleball events. 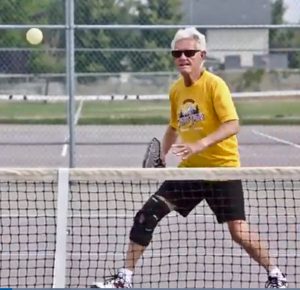 the highest turnout in the 32-year history of the event. The National Senior Games Association is a non-profit multi-sport council member of the US Olympic Committee and hosts the competition every two years. This year’s event in Albuquerque, featured athletes who competed in 20 events including cycling, swimming, badminton, basketball, horseshoe, tennis, powerwalking, triathlon relay, track and field and of course, pickleball. Athletes ranged in ages from 50 to 100 years old and competed in five-year age brackets in their respective sports.

This year though provided Dick and his wife Lawanna something more than just service winners and another place on his mantle for his burgeoning collection of hardware.

Profiled in a Health News Report by CNN and sponsored by Humana Health, Dick was one of only 11 athletes out of 13,700 that participated in the National Senior Games and the only pickleball player. The report, titled, “The Spirit is Undaunted: Portraits Showcase Strength of Senior Athletes,” featured the work of acclaimed photographer Tim Tadder who is known for heroic and artistic photographs of elite athletes. “I try to portray subjects in a way that represents their power and strength, whether it is an 89-year-old marathon runner or a 22-year-old NFL MVP. I don’t approach them any differently. While the shell may be aged, the spirit is undaunted,” said Tadder.

Seniors make up a large portion of pickleball nation and none more carry that flag than Dick Johnson. Annslee Wilson, Senior Manager of Humana’s PR firm Golin had this to say about Dick. “We wanted to build awareness of the National Senior Games on a national level, and Dick was one of the most inspiring athletes we had the opportunity to work with!”

Another year and another flurry of medals and awards for Dick Johnson. Age is just a number and Dick continues to prove that every time he steps out onto a pickleball court. 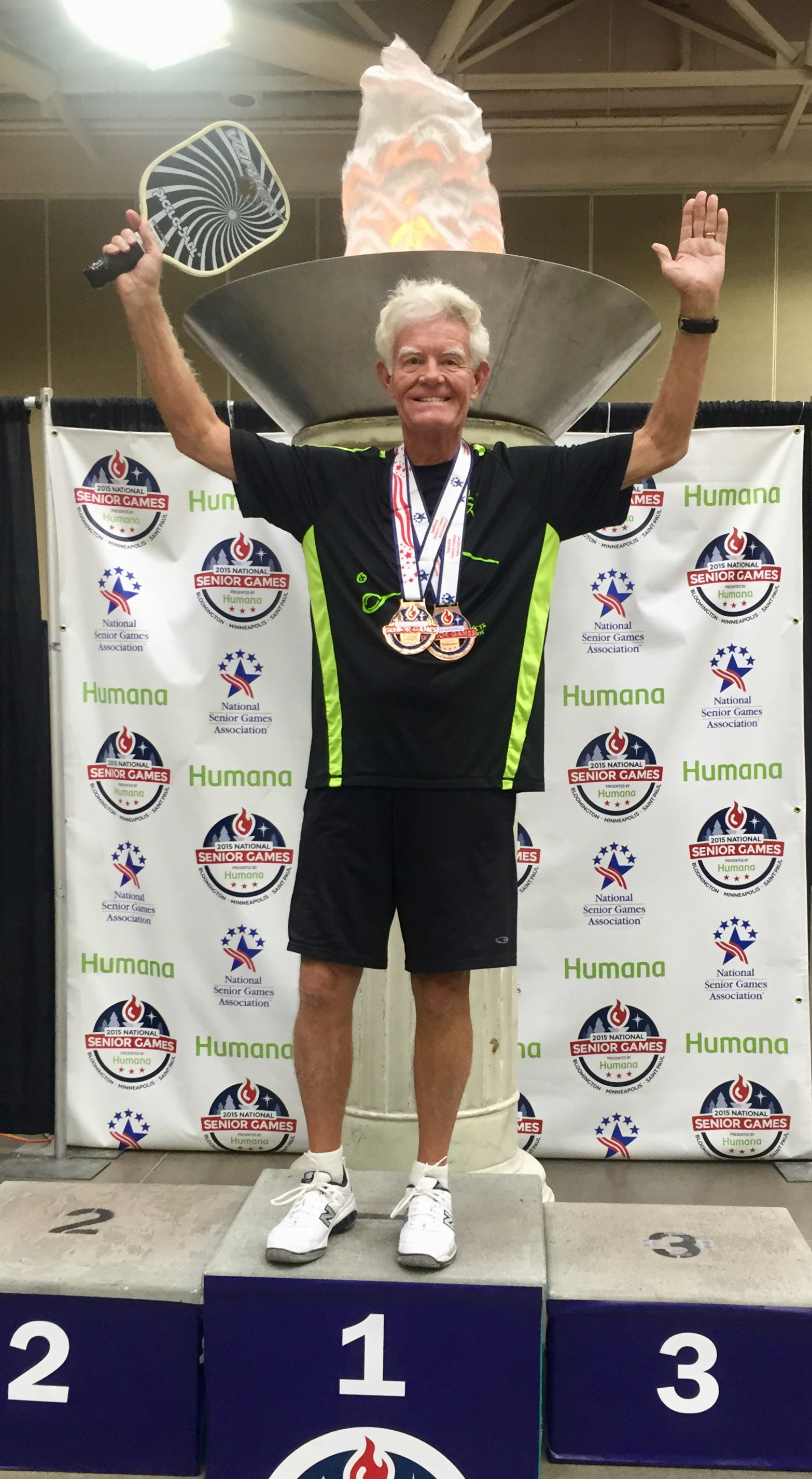