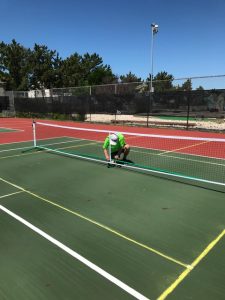 It has become the rite of passage. Cold, wintry East Coast weather segues into warmer temps as the calendar changes to June and the potential for outdoor pickleball play.

Memorial Day marked the time when Brigantine, New Jersey Pickleballers welcomed back the snowbirds and the unofficial start of Summer.  Much to their disappointment though, the recently refurbished tennis courts did not include accommodations for pickleball. Never ones to back down from a challenge, the p-ballers remain a steadfast and determined bunch.  A group of more than 60 showed up to draw court lines, set up nets and play their favorite sport.

Pickleball has been played indoors in Brigantine for nearly ten years

and players look forward to playing on dedicated pickleball courts in the near future.  Recently, a group of pickleball players appeared at a local City Council meeting and presented photos of neighboring community courts, statistics, and potential layouts extolling the virtues of this rapidly growing sport. Numerous other communities in south New Jersey have outdoor pickleball courts and it will only be a matter of time before Brigantine joins that list. 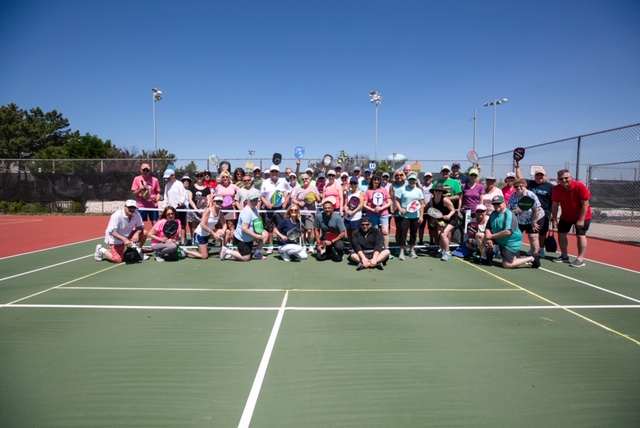