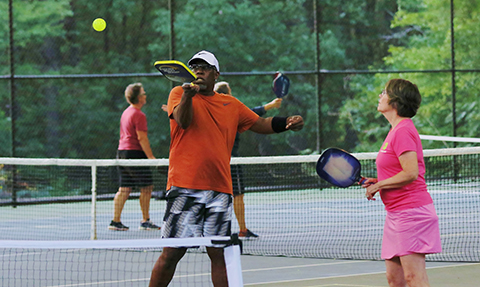 For two local ambassadors, pickleball is the gateway to learning about new cultures. Nick Galvez, a USA Pickleball Ambassador, and Tracey Taylor saw an opportunity to partner with Durham Parks & Recreation to create a weekly singles and doubles league after they saw the desire from the local community.

There weren’t any local courts, so Tracey and Nick approached Durham Parks & Recreation to present a plan that would allow for their pickleball community to meet on a weekly basis for both singles and doubles league nights, with an inclusive environment for all to feel welcome during a time where other healthy lifestyle activities were cancelled. 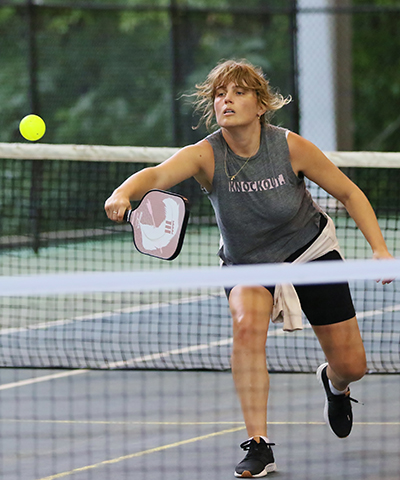 As many of us have experienced, pickleball provides a sense of normalcy to have the opportunity to connect with friends on the courts each week, with the sport allowing for safe social distancing.

“I’m just grateful and blessed to have met such a diverse group (religion, politically, racially, age) that has so many differences but NONE of that matters on the court,” said Tracey. “We see one another’s hearts and passion for this sport. We drill together and compete against one another battling it on the court then treating each other to a meal afterwards. That’s what make pickleball different…the camaraderie.” 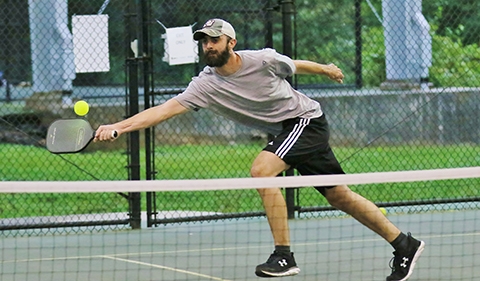 The league has been running for almost a month and they already have plans to host future tournaments, clinics and events.

“We hope with this league to foster a supportive community of players to learn from each other and challenge each other,” said Nick. “The players have expressed appreciation for all of the work to put together these leagues. They really appreciate that someone is advocating for them and many have expressed that Pickleball has been an outlet during the pandemic and a way to socialize during the pandemic.”

We look forward to following the success of each individual player and congratulations on continuing to help the pickleball community grow.