For the Love of Tennis and Pickleball 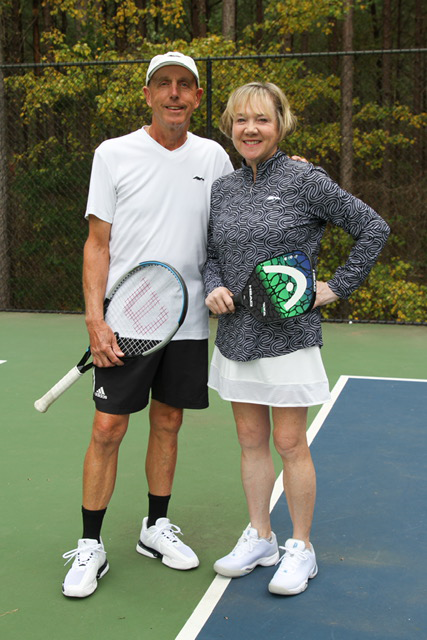 When you think of the perfect Valentine’s Day, most likely pickleball is in those plans. For one couple, they found love on the tennis courts more than 43 years ago and feel very fortunate to now live the life of coaching tennis and pickleball together every day. 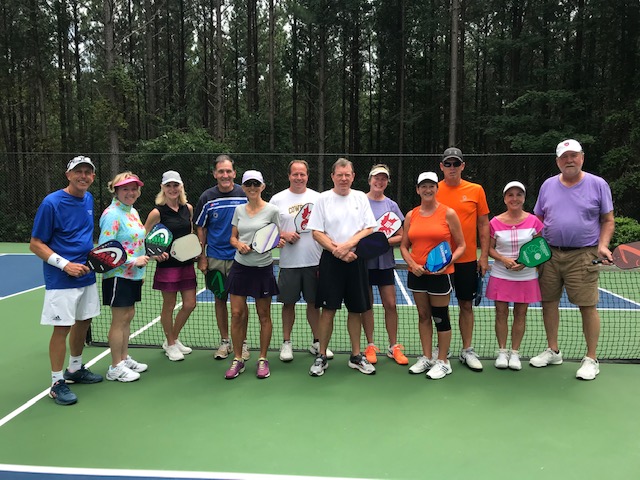 Mike and Chrissie Lissner met when Chrissie was still in high school and Mike had his first job out of college teaching tennis in New York. Mike coached her all through high school and seven years after they first met, they were married. While on their honeymoon in Hawaii they saw a husband-and-wife team teaching guests how to play tennis and told each other that one day they would be able to do that.

Fast forward to today and they have worked in various careers, had two sons who also have been introduced to pickleball on top of their other sports passions of tennis and golf, as a family have competed in many tennis tournaments winning top medals, and both Mike and Chrissie have been teaching tennis and pickleball alongside their careers while living in Maryland.

While on vacation in Hilton Head, South Carolina Mike was introduced to The Reserve in Lake Keowee, a private luxury golf community, and shortly after was hired as their Director of Tennis in 2017. Now, when you become a resident at The Reserve, you’re able to witness that dream of solely teaching the sports they love, together. 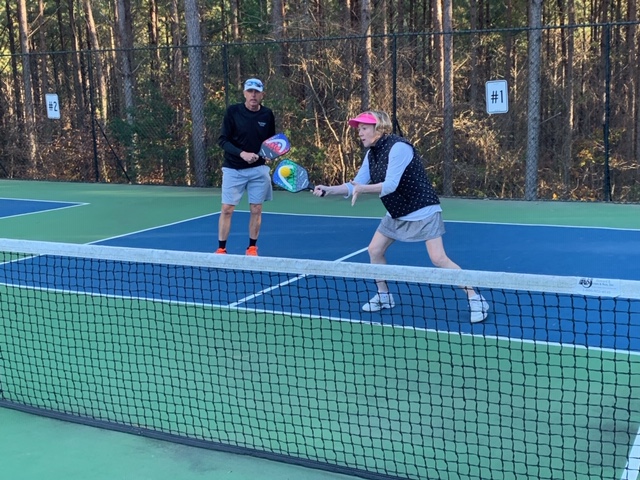 Mike and Chrissie playing pickleball at The Reserve.

At The Reserve, Mike leads the community’s tennis lessons, having been ranked #1 tennis player in South Carolina for his age group, and for the last three years, Chrissie has been teaching pickleball to residents. Together they champion the sport by organizing weekly clinics, social events and tournaments.

“Our role at The Reserve has evolved since arriving in 2017,” said Chrissie. “We were really brought in for tennis and we created tennis programing where none existed before. Plus, we created two open play pickleball nights a week, which has now doubled to four nights, and offering weekly clinics for both beginner and intermediate levels.”

Mike said there are approximately 100 people, out of 750 total home lots, that are playing pickleball at The Reserve. Because of the pandemic, many residents had their grandkids and kids visiting and staying for longer periods of time with the nature of their jobs allowing them to be remote.

“We’re seeing a lot of younger players play all-around because it is athletic, it’s fun, it’s got the competition and the exercise,” said Mike. “All of those things roll together and is a welcoming interface between players and levels, making it a great social sport.” 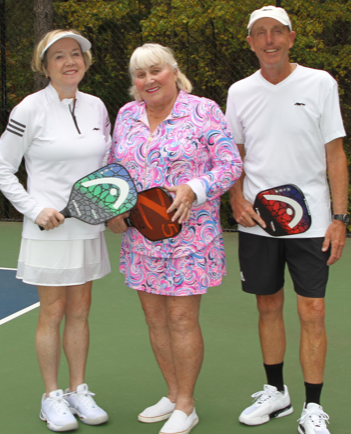 Another integral person in introducing pickleball to The Reserve community is Jean Borden, USA Pickleball Ambassador for the last 8 years. It was Jean that took the initiative to line the first pickleball court in the tennis parking lot. Since then, they have gone from the temporary court to now having two brand new courts on-site, with hopes of building more courts in the near future as the popularity of the sport grows at The Reserve.

“My supreme joy will be watching our new pickleball complex of 6 courts break ground this spring,” said Jean Borden. “I always repeat the phrase, ‘If you build it, they will come.’”

We look forward to following the growth of pickleball at The Reserve! 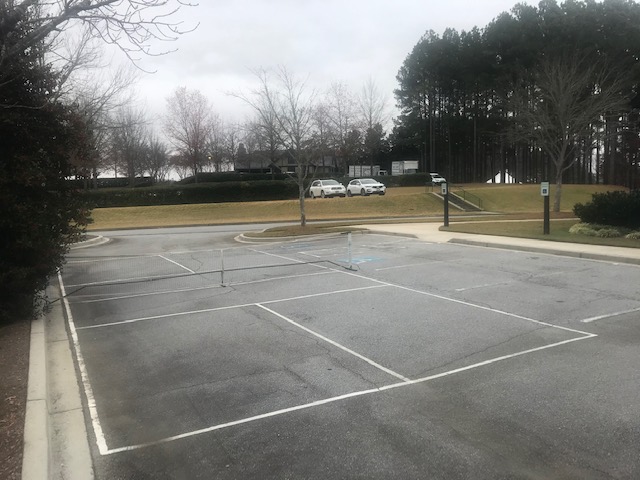 The first pickleball court at The Reserve, started by Jean Borden, in the tennis parking lot.

HotelPlanner becoming the go-to travel booking site for pickleball tournaments and events across the U.S….

The USA Pickleball National Indoor Championships is ready to go!  We are excited to announce…