The Next Generation of Pickleball Conquers Kaysville 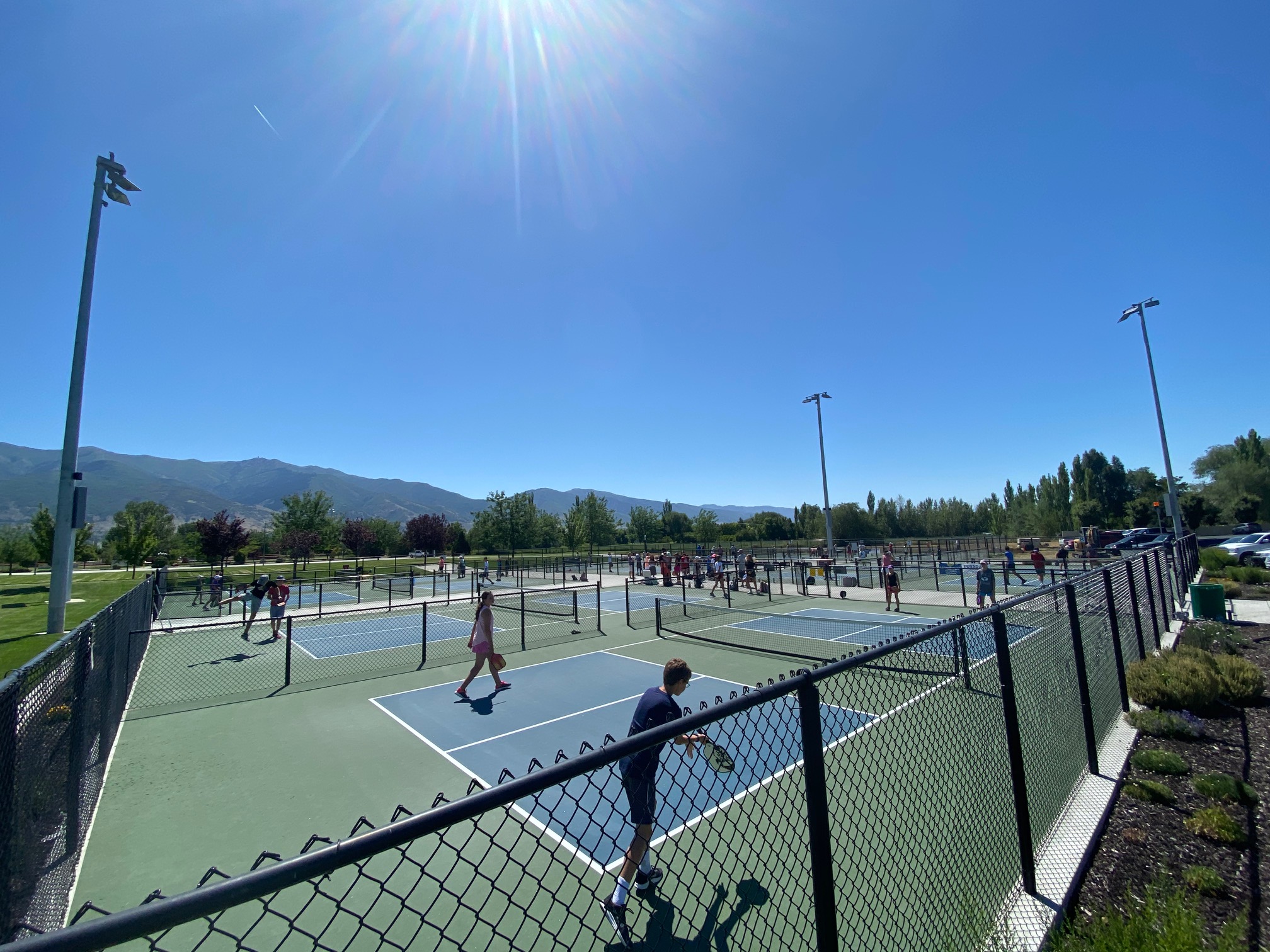 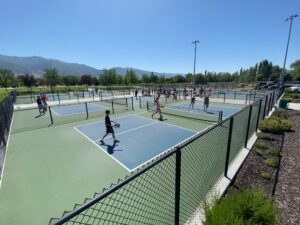 Kaysville City Recreation in Kaysville Utah organized a summer drop-in program for youth to help foster their love of pickleball and to also provide kids with an opportunity to practice and meet other kids.  People have said, “where did all these pickleball kids come from?”  They came from as far as ninety minutes away to participate, practice and prepare.  All youth were welcome and we had between thirty-five and fifty-five kids come multiple days a week all summer.  New players joined us every day when they heard about the opportunity to play regularly with other kids.  Everyone became friends and they had opportunities to play with others at their own skill level with adult guidance. There was also a special court set aside for the new eight-year-old players with a parent volunteer to help them. They practiced their dinks, serves and learned to play the game.  We expect them to be in the youth tournaments next year. 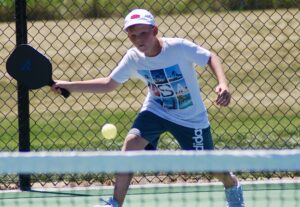 Since the pickleball courts were crowded with adults every morning and evening, we waited until the adults left the courts and we took the hottest part of the day for our youth play.  It was hot, but the kids kept hydrated and took breaks under the shade as needed.  We always ended our practice with playing “around the world” on one court. Many may be familiar with that game from group ping pong, but it is also a blast on the pickleball court.  When the kids thought they were hot and tired at the end of practice, as soon as “Around the World” was yelled, all kids rushed to the designated court and brought with them their second wind.  They always went home with a big smile on their face and were looking forward to feeding their addiction for the next time.

Due to the incredible interest from the youth, Kaysville City Recreation sponsored a “Conquer Kaysville” youth pickleball tournament on June 26 & 27 2020.  This non-sanctioned tournament included girl’s doubles, boy’s doubles and mixed doubles.  There were 83 teams and 129 participants from ages 8 to 17.  The tournament featured a round-robin format which allowed all of the participants to have a lot of match play. 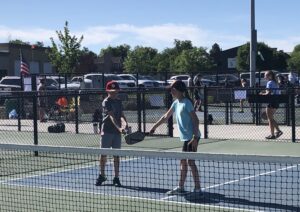 Because of Covid 19, the Kaysville City took measures to keep people safe by keeping parents outside of the perimeter of the eleven dedicated pickleball courts and encouraged their families to social distance from each other.  Only the players and scorekeepers were allowed on the courts.

One parent, Brian Lee, said, “This is the coolest tournament I’ve seen.  I’ve never seen that many youth at one pickleball venue before.  I was blown away to see that many players!  I was shocked at the quality of play. I was completely struck by the proper play and etiquette of the players, quality third shot drops and a lot of dink game.  There was an elevated level of “fans” cheering like I hadn’t seen before.  A lot of future pickleball stars here!”

Parent Nate Bray said, “By far the best tournament I have attended.  Watching these kids compete and seeing how positive and supportive they were to each other, win or lose, was a great lesson to all the parents and spectators.  Everyone witnessed new confidence being instilled at a time in life where it matters most. Amazing athletes on the rise.”

Natalie Monson said, “It was an amazing day at the courts. Tammy Wursten (USA Pickleball Ambassador) and Tracy Murray (Kaysville Recreation) were fantastic at making it happen.  These kids are not only playing together multiple days a week, but they are building friendships and confidence.  Watching the community come together and share this awesome new sport is why it so addicting.

Many of the participants used this tournament as a primer for the upcoming Regional Youth Tournaments being hosted by USA Pickleball Ambassadors Linda Weeks and Chris Thackery in other cities in Northern Utah. It’s so great to see the enthusiasm and great skills that the next generation has for our favorite sport.