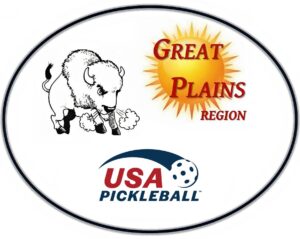 BIO – Peggine Tellez, Involved in sports since childhood, Peggine has over 27 years of experience in sporting event directorship and has led the administration of sports groups in California and Nevada. Her abilities in personnel management, outreach to players and teams of volunteers will be put to good use in the Great Plains Region. She will use her leadership skills, advanced at the National Governing Body for racquetball to rally and communicate with the avid members in pickleball. Additionally, Peggine is actively involved in introducing adaptive sports, including pickleball, to visibly and invisibly-injured service members.

Initially serving as the Social Chair for the Pikes Peak Pickleball Assoc., her skills were quickly recognized by Steve & Ramona Boone where she was tasked with running the Great Plains Regional Championships after a year as Deputy Director. Peggine has served the Great Plains Region as the Assistant RD and is on the board of the Great Plains Region non-profit.
Working in tandem with USA Pickleball to continue successfully introducing our sport to new members and promoting the value of partnerships is one of the focuses for Peggine’s duration as Regional Director, building increased inter-region communication, social visibility and connectivity to leverage to power of the people that drive the growth of pickleball and work as a team to build the prestige of our organization.

“It is with great honor and pride that I have been given the opportunity to help guide pickleball’s growth and success in the Great Plains Region.” 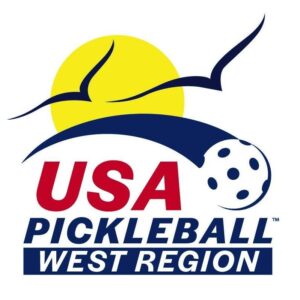 BIO – Steve Sutton, “After a three-year hiatus, I am excited to return as the USA Pickleball West Region Director. Pickleball’s growth has been explosive and there are many new USA Pickleball members and ambassadors whom I have not yet met. Steve Sidwell did an amazing job guiding the West Region through his three-year tenure as Regional Director. It is my goal to pick right up where Steve left off. Even though we are going through a difficult period of time in this country, we will come out of this and USA Pickleball will be stronger than ever.”

Steve grew up as a Montana country boy with the usual hunting, fishing, and other outdoor activities. Basketball, track, football, and wrestling were the sports while in school. On the farm, he milked the cows and gathered the eggs daily. During the summers, he drove tractors and grain trucks, stacked hay and other typical farm activities. After high school, Steve started working in construction and after a couple of years, started a construction company which operated for about the next fifteen years. During that time, he also became a pilot and owned a couple of PA-18s more commonly known as a Piper Super Cub. Steve worked for a time as a pilot after adding commercial and instrument instructor ratings, and also worked in the medical and financial fields.

Steve and his wife Gloria discovered Pickleball in 2012 and after starting a group in San Jose, became an ambassador in the spring of 2013. Then In 2015, became West Region Director, a position held until late 2017 at which time he stepped down to focus on pressing business responsibilities. During the last three years when time allowed, Steve held clinics and coached players new to the sport. They have a son Michael who also loves sports and especially racquet and paddles sports.

“I am excited about the many possibilities with the sport. Pickleball enriches the lives of people of all ages. There are so many in the West Region that have yet to discover the benefits of playing this amazing sport. With that in mind, we have a big job to do. My goal, with the help of an incredible team of District Ambassadors and the many vital local Ambassadors, is to spread the news about Pickleball and provide more opportunities to play this great sport for everyone in the region!”