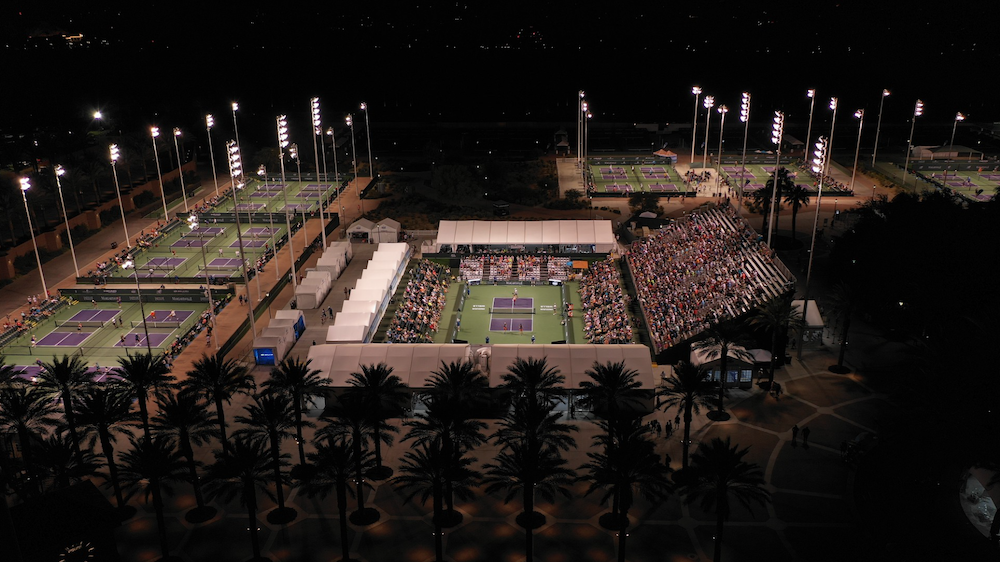 INDIAN WELLS, Calif., December 2, 2021 – The Margaritaville USA Pickleball National Championships presented by Pickleball Central to be held December 7– 14, 2021 at the Indian Wells Tennis Garden, will feature LIVE @ NATIONALS program with expansive coverage on ESPN+, For The Fans, Roku, Selkirk TV and YouTube, and over 100 total hours of live action from 3 courts. The program will provide coverage from December 7– 12 on the respective platforms and accessible from the official event website at usapickleballnationals.com.

A special 2-hour broadcast of the Margaritaville USA Pickleball National Championships will air nation-wide on ESPN-U on Sunday, December 26 at 1:00pm ET (10:00am PT).

The broadcast talent for the event will be led by professional host and LA Rams game day host Camryn Irwin. The broadcast will also feature a couple of familiar faces, such as industry veterans and players, Dominic Catalano and Dave Fleming, both of whom have been broadcast announcers for the 2021 USA Pickleball National Championship Series. Mark Renneson, a professional player and instructor, will also be returning to the booth from his previous stint as a play-by-play announcer during the 2019 Margaritaville USA Pickleball National Championships.

To watch live action each day from December 7-12, visit:

The USA Pickleball Association (USA Pickleball) is the national governing body for the sport of pickleball in the US and provides players with official rules, tournaments, rankings and promotional materials. The association is a nonprofit 501(c)(3) corporation and governed by a board of directors and professional staff who provide the guidance and infrastructure for the continued growth and development of the sport.

The Margaritaville USA Pickleball National Championships is pickleball’s premiere event and is held annually at the award-winning Indian Wells Tennis Garden in Indian Wells, California.  More than 2,500 players and thousands of fans attend the event each year, which features the best players in the country competing for medals and prize money. For more information, visit usapickleballnationals.com.