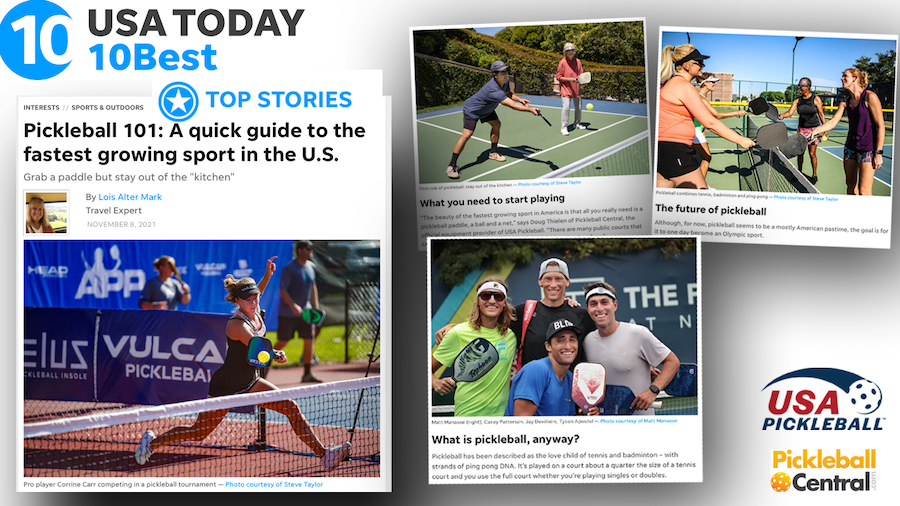 While much of the country spent 2020 baking and binge watching Netflix, 4.2 million Americans were playing pickleball.

That’s up a whopping 21.3% from 2019, according to the Sports & Fitness Industry Association, and the numbers keep climbing.
“As people looked for ways to get outside and be more active, it makes sense that it ended up on everyone’s radar,” says Stu Upson, CEO of USA Pickleball, the sport’s governing organization. “Pickleball is very welcoming to beginners but is still challenging even for advanced players. Whatever your level of play, you can join a round of pick-up games, have fun and meet new people.”

Matt Manasse agrees. A former pro tennis coach, he was introduced to pickleball at the beginning of the pandemic and was immediately hooked. “I literally created my own pickleball court in my parents’ backyard and it’s been a love story ever since.”

In fact, Manasse became so obsessed with the sport, he’s now a Wilson-sponsored professional player and the Pro Pickleball Coach at The Riviera Country Club in Pacific Palisades, California, where he teaches celebs including Larry David, Fred Savage, Doug Ellin and Brian and Veronica Grazer.

“It’s such a great workout and I love the strategy involved,” he says. “I also love how inviting and friendly the pickleball community is. I’ve met so many fantastic people of all ages; it really is an amazing networking sport. Pickleball is much easier to get into than tennis and it’s incredible to see how it’s changing people’s lives.”

What is pickleball, anyway?

Pickleball has been described as the love child of tennis and badminton – with strands of ping pong DNA. It’s played on a court about a quarter the size of a tennis court and you use the full court whether you’re playing singles or doubles.
Instead of rackets, you use paddles and the balls are made out of plastic and have holes in them, kind of like wiffle balls. You’re only allowed to serve underhand and both the serve and the return have to bounce before you can start volleying.
“The biggest rule to know is that you can’t hit a ball in the air from the kitchen – which is the non-volley zone (NVZ) that extends back seven feet from the net,” explains Manasse. “It has to bounce first. That’s why you see many people dinking [a short shot hit on a bounce from your NVZ into your opponent’s NVZ]. I won’t even get into the scoring because that confuses people. Just remember to stay out of the kitchen and you’ll be fine!”

Part of the joy of pickleball is the name itself, although its origin is up for debate.
The game was invented in 1965 by three dads – Joel Pritchard, Bill Bell and Barney McCallum – trying to entertain their bored kids. According to Pritchard’s wife, Joan, she started calling it pickleball because “the combination of different sports reminded me of the pickle boat in crew where oarsmen were chosen from the leftovers of other boats.” McCallum remembers it differently, insisting the game was named after the Pritchards’ dog, Pickles, who would chase the ball and run off with it.
Regardless of which story is right, there are no pickles in pickleball. But there is a kitchen and, again, you need to stay out of it.

What you need to start playing

“The beauty of the fastest growing sport in America is that all you really need is a pickleball paddle, a ball and a net,” says Doug Thielen of Pickleball Central, the official equipment provider of USA Pickleball. “There are many public courts that can be used for free. Or, a court can be set up on any hard surface.”
You can buy a starter set of two wooden paddles and four balls for as little as $19.99, then move up to a composite or performance paddle like the Electrum Pro or Wilson Juice or Echo as you improve.
“When you’re starting out, a paddle that has a larger sweet spot can help you keep your shots in the court,” Thielen advises. “You also want a paddle with enough power to get your serves and returns deep, two keys to success in beginning pickleball.”
The experts at Pickleball Central can help you choose the paddle that’s best for you and they’ll even let you test it for 30 days. You can find other great resources on the Royal Pickleball and USA Pickleball sites.

The future of pickleball

Although, for now, pickleball seems to be a mostly American pastime, the goal is for it to one day become an Olympic sport.
“Pickleball is social, fitness-oriented and competitive,” says Manasse. “It checks a lot of boxes and most people become addicted after their first game.”
But, he warns, “Don’t be upset if an older couple beats you when you get to the public courts. They’ve just been playing a lot longer.” 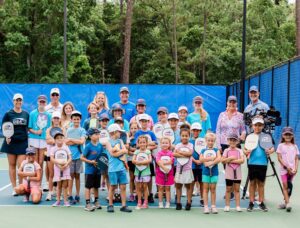 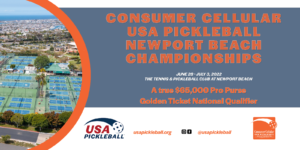 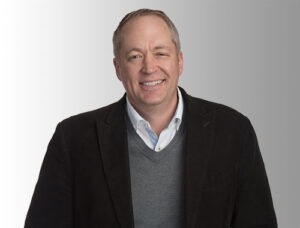 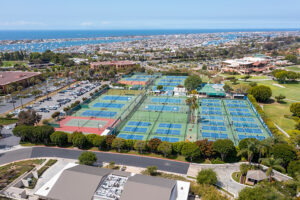