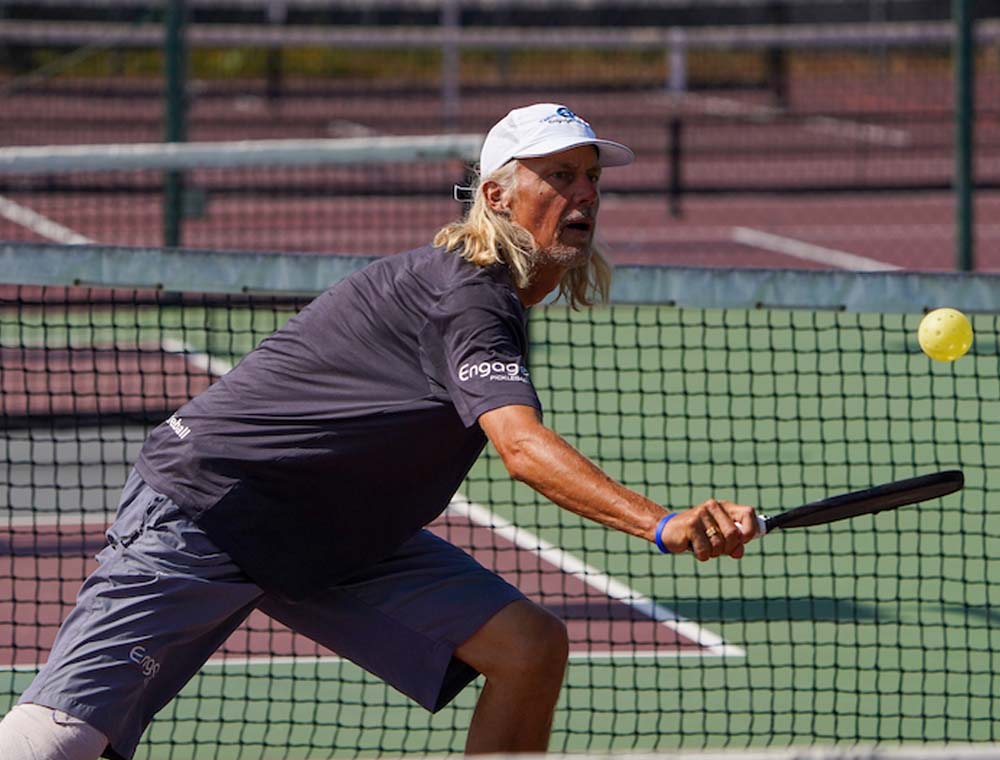 There are plenty of new faces at this year’s Consumer Cellular USA Pickleball Championships, and Mattias Johansson is a name to remember!

Mattias is a Touring professional on the APP, PPA, and USAPickleball Tour and is currently ranked #1 in World Pickleball rankings. Mattias has an extensive history both playing and coaching tennis before his transition into pickleball. As a former professional tennis player in 2019, Mattias was ranked #1 in USTA National Singles rankings after winning the National Hardcourt championships as well as reaching #17 in the world  in 2020 (ITF Ranking). He has 28 years of Head Coaching experience at Vanguard University and UC Riverside. Mattias was inducted in Vanguard Hall of Fame as a player and a coach in 2014, and was also Inducted into National Association of Intercollegiate Athletics Hall of Fame  (NAIA) in 2015.

He ended his 2020 season with a 22-0 record before the COVID-19 pandemic turned his focus on to Pickleball. Since becoming a professional pickleball player in June of 2021, Mattias has won 18 professional tour singles titles, including National Championships as well as the US Open.

Mattias is IPTPA certified, but he is also the only person in the world with all of following certification:

How long have you been playing pickleball?
I started playing in the summer of 2020 socially with my wife.

What drew you to the sport of pickleball? How did you get involved in the sport?
I was pursuing a #1 world tennis rankings at the ITA senior tour when COVID-19 hit us all and shut down the sport of tennis. Pickleball was the only sport still open for the general public – I thought it was a good reason to get out of the house and socially interact with people and get a certain amount of exercise. It did not take long before I became a pb addict!

What do you love most about the sport?
There are so many different layers of the game – everyone can play and have a lot of fun, but it is also very difficult to master all different areas of the game. I still feel that I learn new things every week which makes me curious to see what I will discover next week or next month. A very fascinating game! And of course, the social aspect of the game – it is one big pb family!

Which courts would you recommend to players who are visiting Newport Beach?
TTC is obviously a premier pickleball facility, but the 12 courts are rather old-school- Tustin Hills Racquet Club is spectacular. Other places are Worthy park (mainly for pick up games), Legacy sport complex in Tustin or Tustin School – all great places!

What are some must-sees in the area for those players visiting Newport Beach?
Newport Beach Pier area, Downtown Huntington Beach is the favorite beach and a must-go to place Crystal Cove!

What is your sports background before becoming a pro pickleball player?
I would say what pickleball people call me a “high level tennis player.”

What do you do each week to train for tournaments?
I have some physical limitations to practice as much as I would like because of a severe knee injury which requires surgery (but I feel I don’t have the time to be gone from the world of pickleball for 12-14 months, so I will keep going until I can’t anymore). One can always train one’s mind – so I focus a lot on mental exercises to still get my reps in every week in order to still feel like I am gaining progress. But I try to have one high quality singles practice a week and one or two doubles practices.

What do you get from the experience of playing against professional players that have been established in the game for some time?
Except from the fun factor of playing young pro players, I try to see how they play the game and obviously try to pick up bits and pieces and apply them to my game. Always have an open mind to gain knowledge.

Which pro pickleball players do you enjoy competing against and why?
They are so many- but having the opportunity to compete against top young guns like Gabe Joseph and Dylan Frazier is awesome – nice guys too!!

Loved practicing with Matt Chou before his temporary retirement (trying to convince him to return to the game). On the senior tour – I love the special matches between myself and Paul Olin who nowadays is also a great friend of mine. Mircea Morariu is another fierce competitor in all categories- always enjoy playing mixed with great players such as Jennifer Dawson, Kris Anderson, Helen Wilhelm, Chris Karges just to mention a few – so many talented senior women players out there!

Do you have a pickleball idol? If so, who and why?
Gotta say Legend Mills Miller – a guy who can tell detailed stories about tournaments in 1985 and still playing high level doubles deserves a lot of respect in the world of pickleball!! Steve Dawson is another great influencer of the game- great guy with tremendous knowledge!!

If you could tell yourself one thing as you first started your pickleball thing, what would it be?
Patience!

What are some of your aspirations for your future pickleball career?
Always striving to improve – maximize my potential whatever that level is. Dedicate my practice to be better in doubles and mixed which in my world is a totally different game than singles – slow and steady progress- patience!!

How has pickleball impacted your career outside of the sport?
Since coaching tennis at a university level for 28 years (currently at UC Riverside), my name has always been associated with tennis and coaching, but recently it has changed to that’s the coach who is playing pickleball professionally – and that’s only after 12 months on the tour which is pretty funny.

What tournaments are you looking forward to as we’re halfway through 2022?
Newport Beach is obviously a favorite tournament- and where everything started for me as a pickleball player tournament-wise. Feel like TTC is my home club even though I am now connected with Tustin Hills Racquet Club – I love playing at Newport Beach. Nationals in Indian Wells is definitely the ultimate goal of the year – trying to defend my singles title – but hopefully be able to reach further in doubles and mixed compared to 2021.  Also – I love playing APP tournaments – Ken really knows how to make everyone feel special and at the end of the day, that’s a winning formula!!

What are you looking forward to in 2023 in the world of pickleball?
It is just going to get bigger and bigger – wish I was a few years younger so I could be involved for a longer time in this great sport – but we can’t change that! More money will come into the game which means bigger tournaments, more media coverage – this is an exciting time to be involved in pickleball!

Where do you see the sport going in 5 years? In 10 years?
The Game will change – can almost guarantee that we will see more aggressive returns in doubles when even more high level ex tennis players enter the game – players also ought to spend a lot more time on their serve and use it as a weapon – only shot you can completely control in PB – so why not maximize what you can do with it? Game will be faster, less dinking, people will look for speeding up the ball at the very first opportunity. Technology and a few rule changes are likely to happen as well. But pickleball is only going to get bigger and better. Exciting times ahead!! 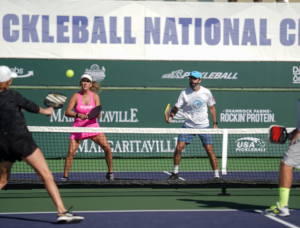 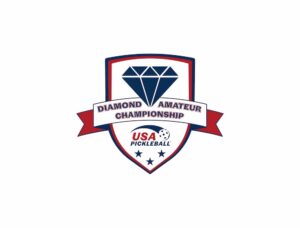 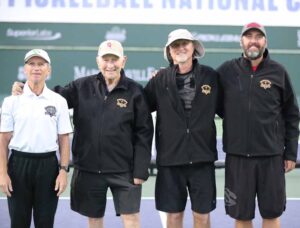 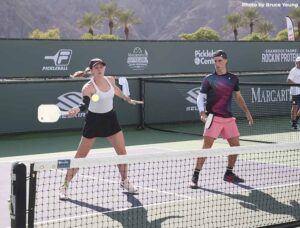