Spikeball, Pickleball and Volleyball Battle it Out in ‘Pro vs. Pro’ Video Series 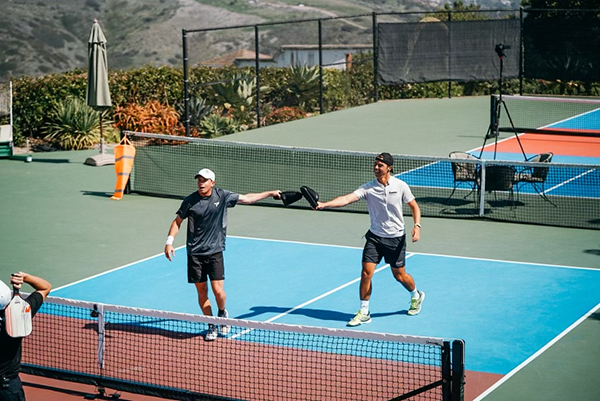 What do you get when you have the best players in spikeball, pickleball and volleyball come together to show off their talents in their respective sports? 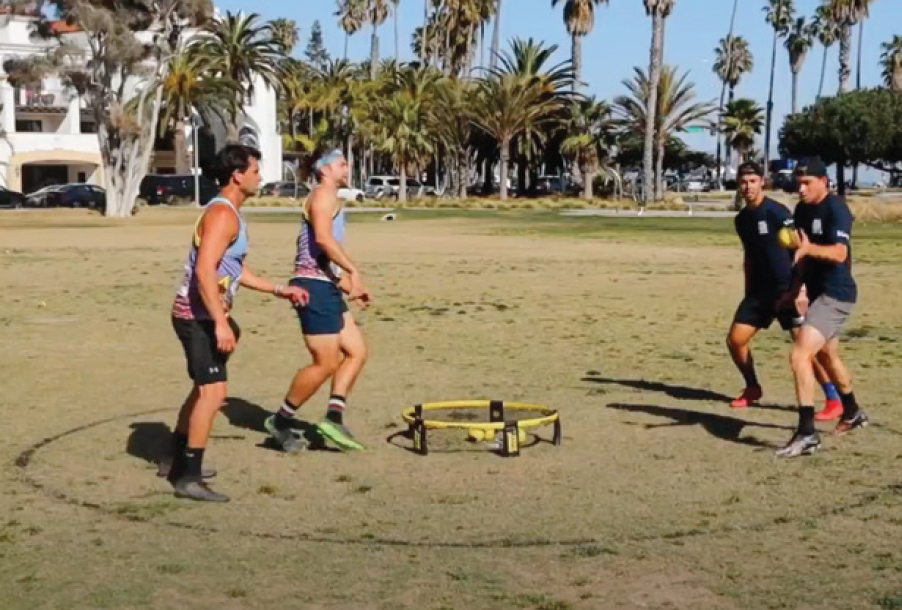 The video series on Preston Bies’ YouTube channel called “How to Roundnet” all started with Preston taking a break from spikeball to do a 50-day pickleball binge where he trained two hours a day.

Preston, 27, of Santa Barbara, California, got stoked about pickleball and wanted to play against the best. So he did a Google search for “best pickleball player in the world” and found none other than Ben Johns’ name pop up. He figured, why not message Ben on Instagram and ask if he wants to come out to California to do a pro vs. pro video series to play spikeball and pickleball, and to bring a friend with him.

So that’s exactly what happened. Ben called Kyle Yates and asked if he was up for the challenge, so both of them flew to California to learn how to play spikeball and show Preston and Casey how to excel in the game of pickleball.

“Ben and I are always up to try something new, so when we are invited to play with the world’s best at anything, of course we’re going to say yes!” says Kyle. “My favorite part about the Pro vs. Pro competition was seeing just how amazing these other pros are at their respective sports. I was in awe of some of the shots Preston was able to hit in roundnet—and it was pretty fun to show off a bit and feel comfortable on the pickleball court!”

Not only did these incredible athletes excel at each other’s respective sports, they had some fun along the way—including Ben using a slipper as a pickleball paddle to see if he could still win against the spikeball pros in a match. Spoiler alert: Ben won.

“For playing pickleball just three months, Preston is pretty good,” says Ben. When asked if he was going to try to play roundnet again in his free time, he replied, “Free time is a word I don’t use a lot these days! But if I get the chance, I’ll absolutely play again.”

According to Chris Ruder, Founder and CEO of Spikeball, Inc.—with approximately 4 million spikeball units sold—there are about 10-20 million people who have played roundnet. 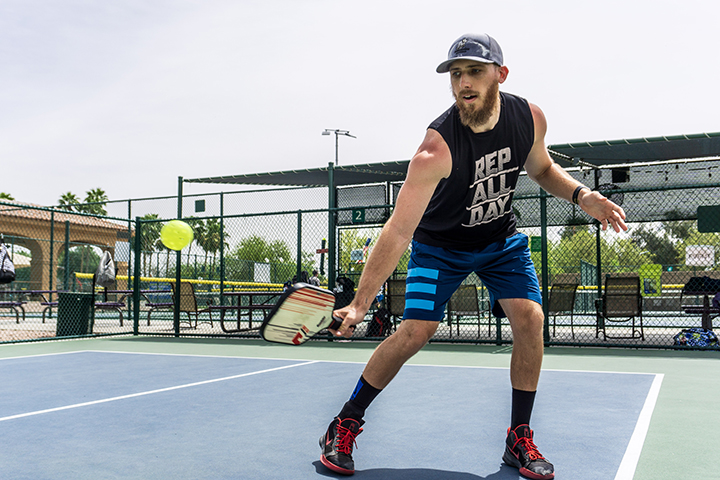 Another spikeball pro competitor, Chris Hornacek, who recently hit the courts with Tyson Aposotol for an intense singles match, is also a pickleball pro-in-the-making, which proves there are many parallels between the two sports.

“I announced on Instagram that I was playing pickleball and suddenly a ton of spikeball players were sending me direct messages saying, ‘Yeah, I play!’ and telling me where I should travel to play pickleball,” says Chris. “Everyone points you in the right direction on how to improve your game.”

With millions of passionate players for a backyard game that complements pickleball nicely, we look forward to this network of athletes continuing to join us on the courts and work their way to the top of the pro circuit. See you in November at the 2021 Margaritaville USA Pickleball National Championships!

Check out the Pro vs. Pro video by Preston Bies of “How to Roundnet” below and visit our @USAPickleball Instagram channel for more exclusive videos and photos from competition!