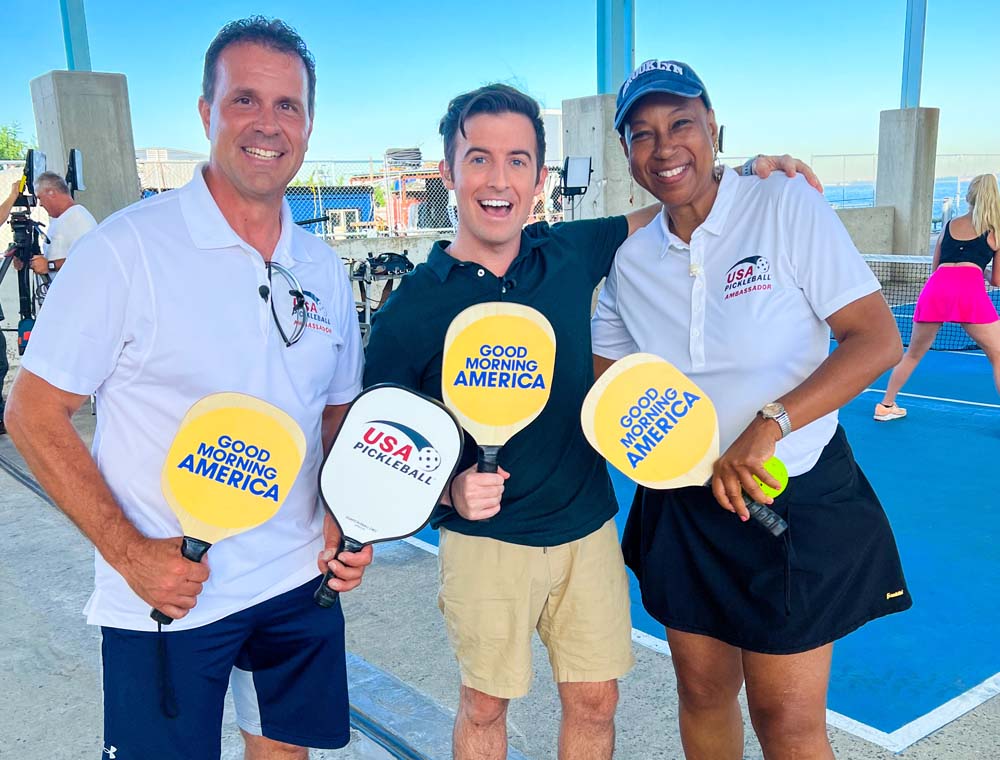 As more media outlets continue to pick up on the Pickleball popularity wave, USA Pickleball has found itself once again in the national television spotlight. This past week, Good Morning America has joined the queue to be the next news station to feature pickleball as one of the fastest-growing sports in America.

Good Morning America hosts Eva Pilgrim and Will Ganss took to the Brooklyn Bridge Park in New York City to showcase the sport to an ever-growing audience. From young children to seniors, pickleball is an all-inclusive game that speaks to both the competitive athlete as well as recreational players alike. There is no age restriction for the sport – both for competitive or recreational play. The beauty of pickleball is that it has no limits in terms of who can be considered “good” at the game; all you need is a net, a paddle, and a pickleball to enjoy the sport.

New York City’s Tara Bernstein gave us a behind-the-scenes look from the live filming with Good Morning America correspondents, Eva Pilgrim and Will Ganss, as they shared their reactions to learning how to play pickleball for the first time.

Plenty of celebrities have picked up on the pickleball wave as well, with household names such as the Kardashian family, to professional athletes, learning to play the sport. With a 35% increase in growth in the past 3 years, pickleball can be officially found in all 50 states with over 40,000 courts scattered about nationwide. 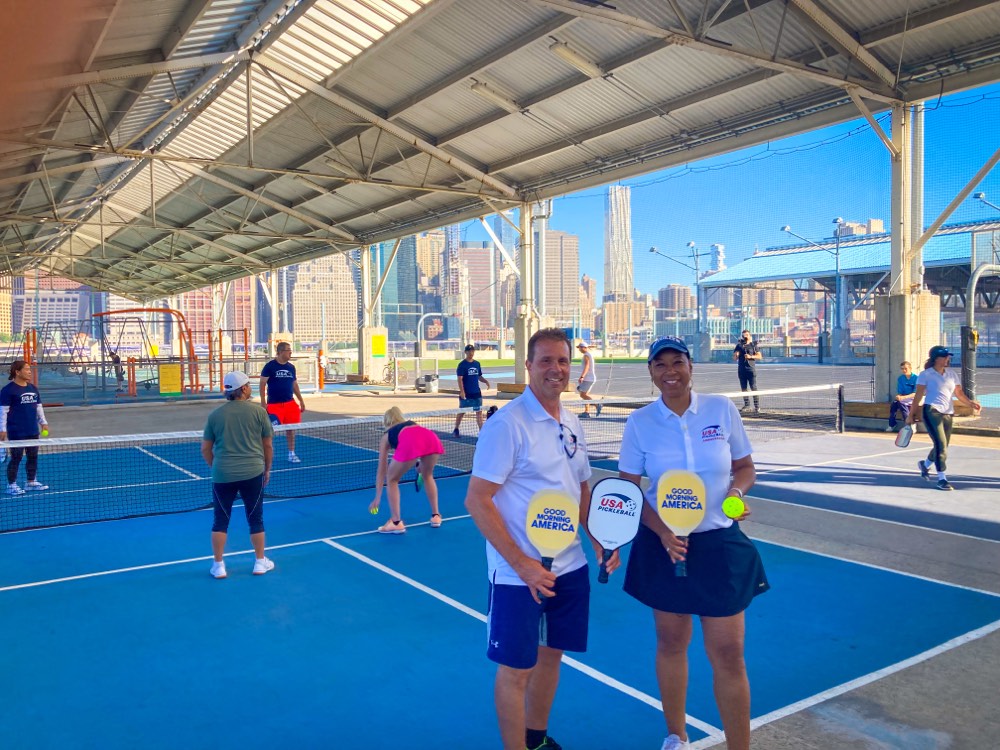 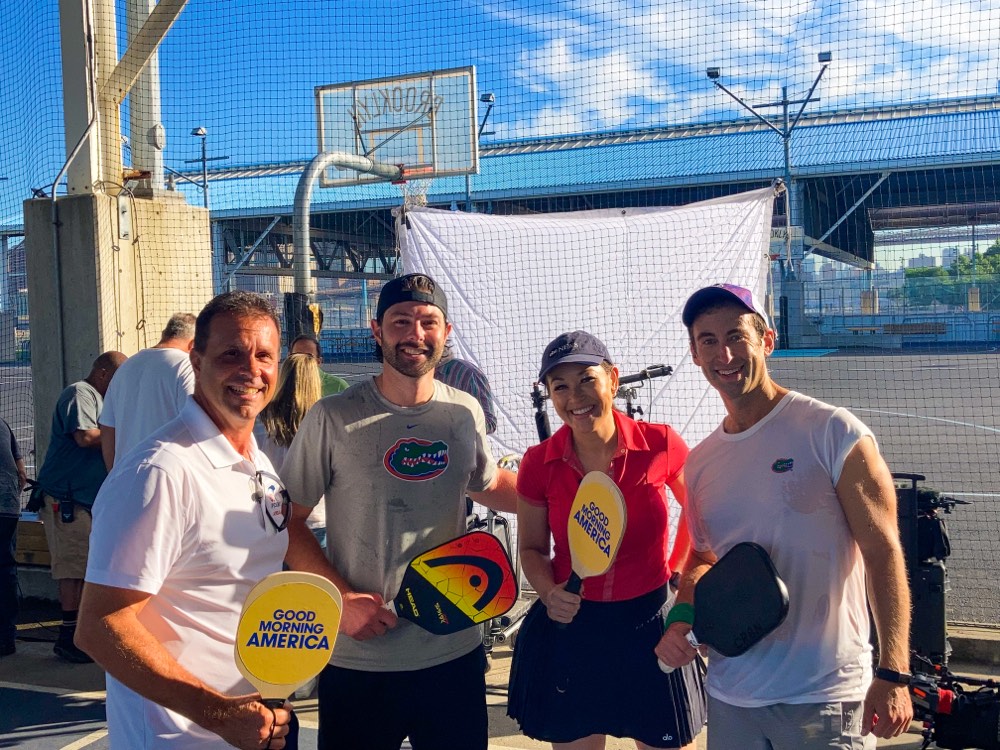 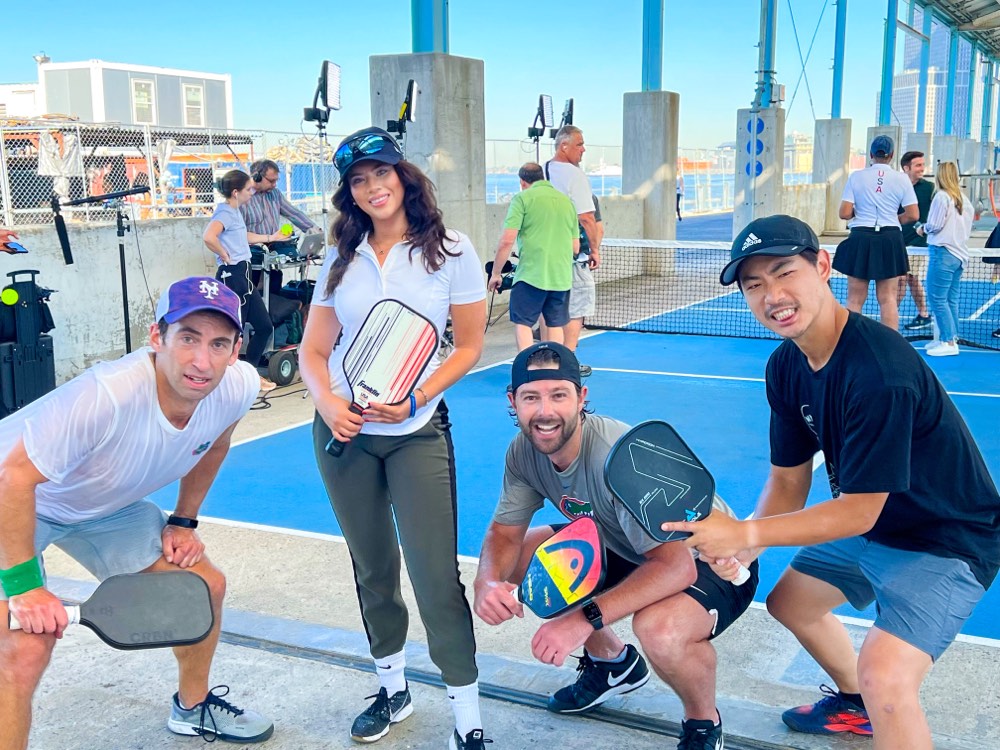 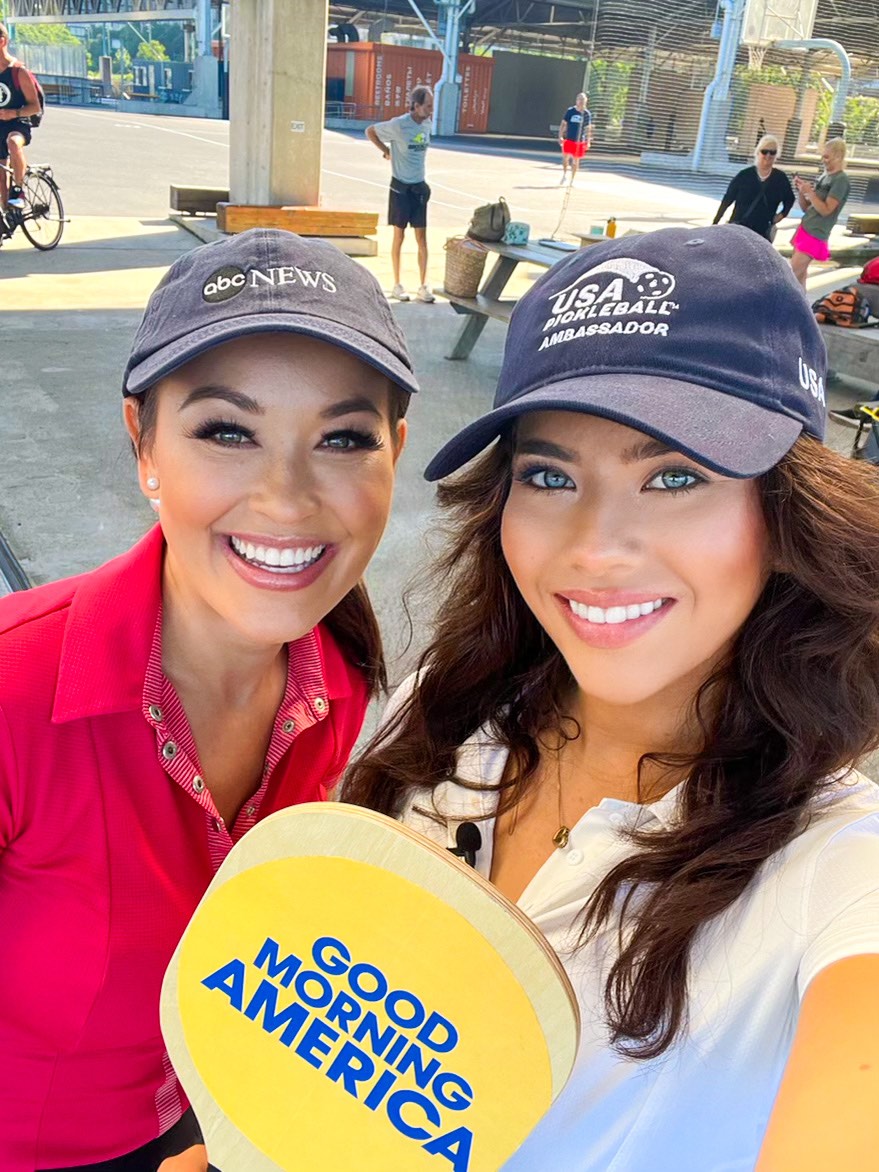 Specifically in New York City, the Brooklyn Bridge courts have become a hub for active pickleball players, pulling players from all corners of the city. For the Good Morning America segment on July 29th, Eva Pilgrim and Will Ganss hit the pickleball courts as USA Pickleball ambassadors, Amote Sias and Paul Curiale taught them how to play America’s fastest-growing sport. Together, Amote and Paul taught Eva and Will the basics of pickleball, such as how to serve, tallying scores, and some basic offensive and defensive moves. The four players showcased both the athletic and social side of the sport, providing viewers a means to see how they themselves can fit into the mix of millions of pickleball players across the country. 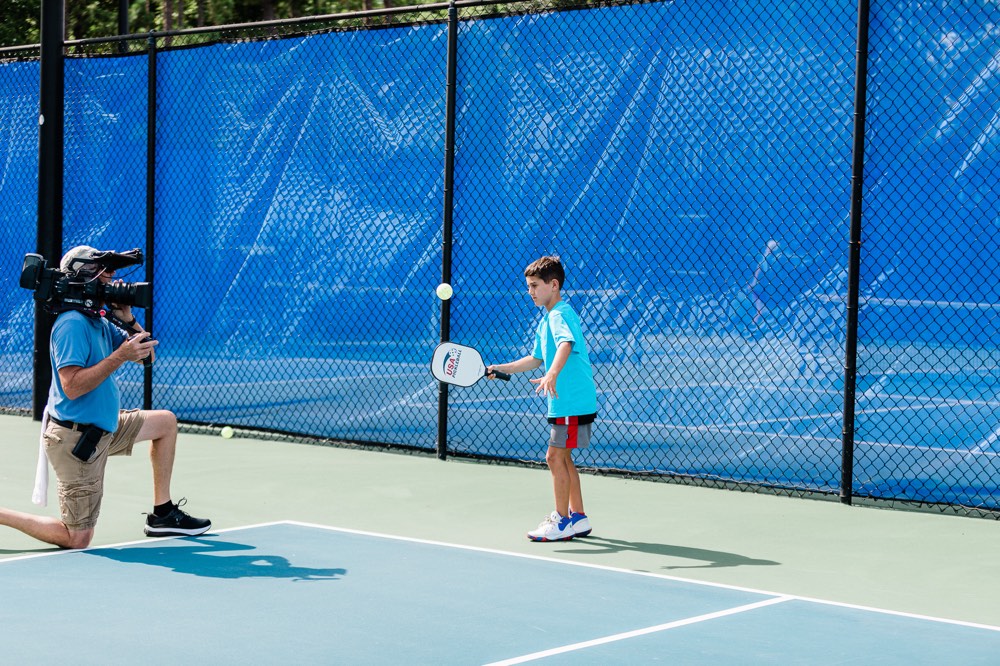 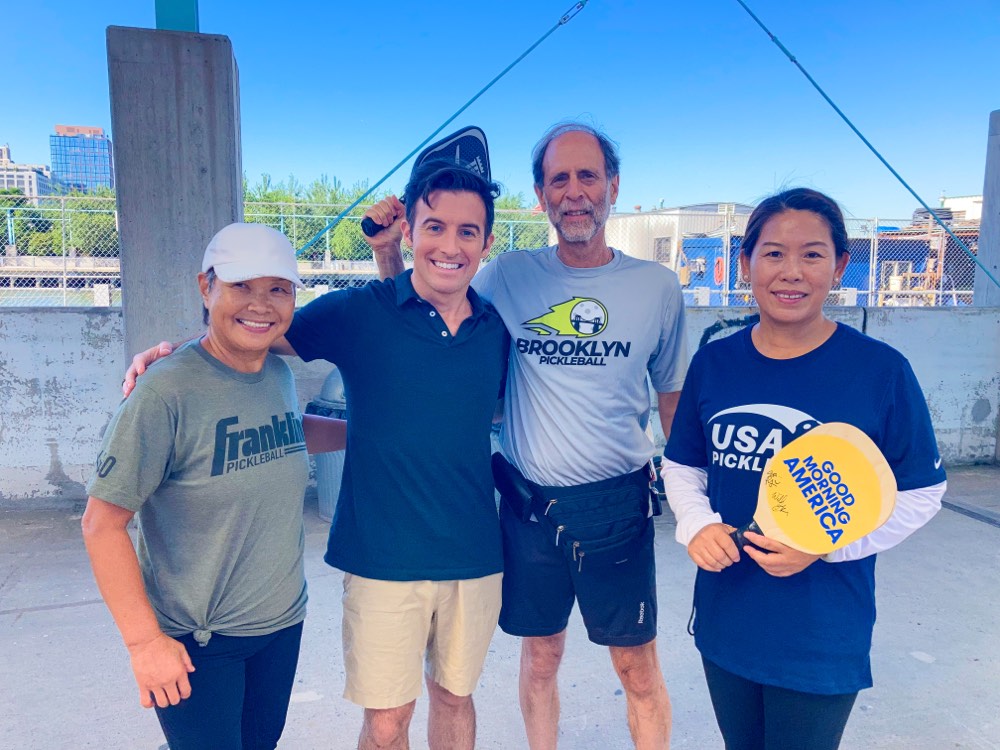 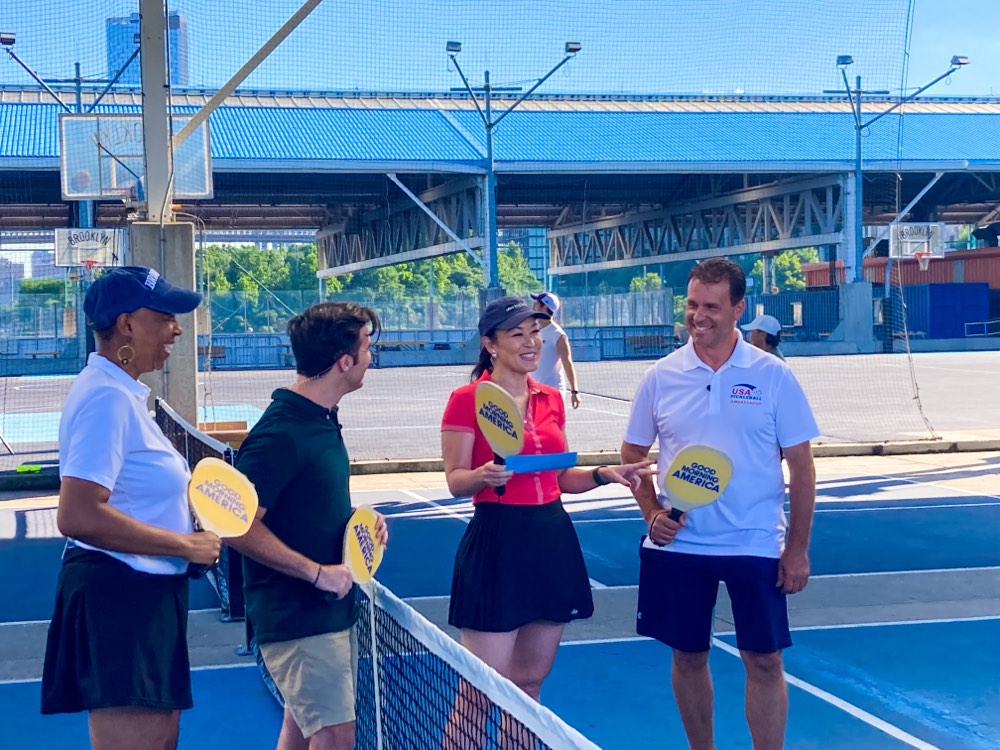 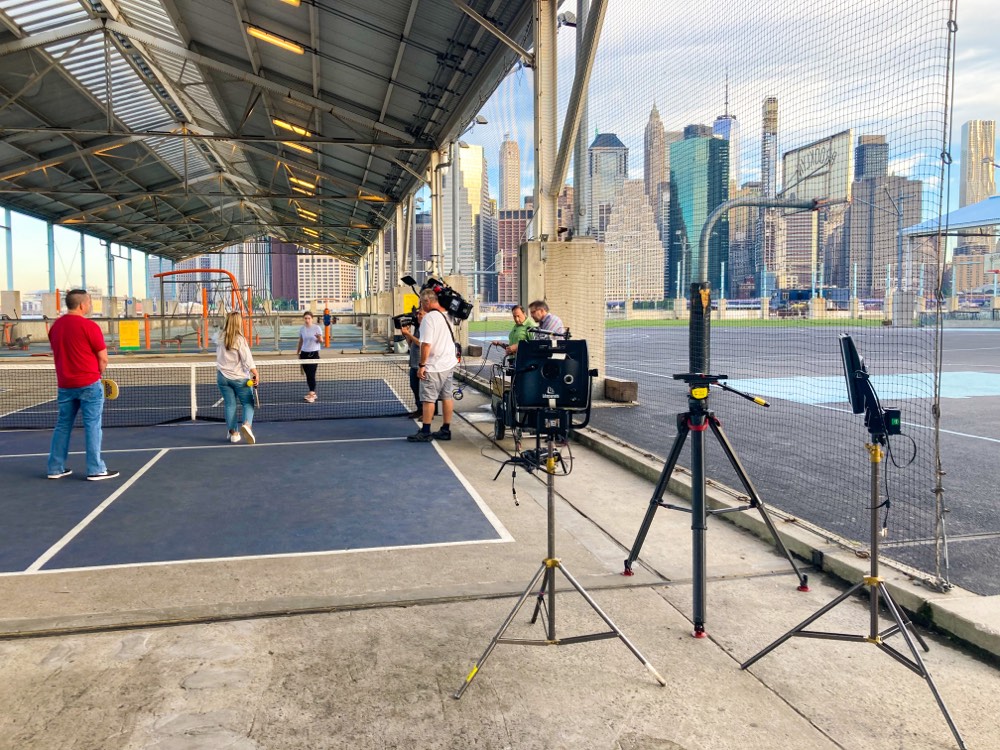 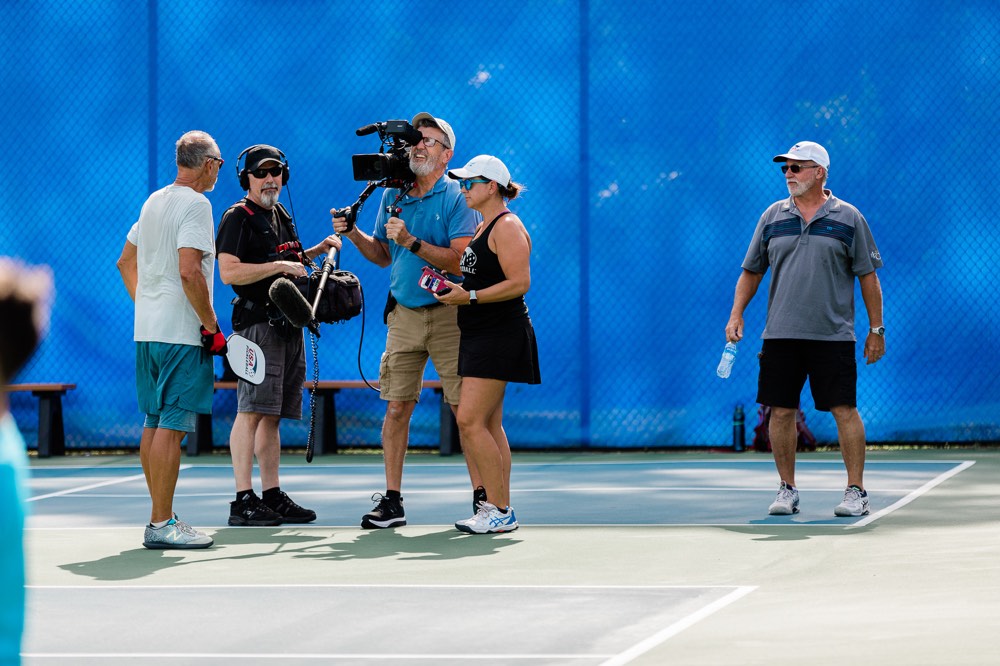 For more information on how you can learn how to play pickleball, CLICK HERE for a series of instructional videos from Pickler. 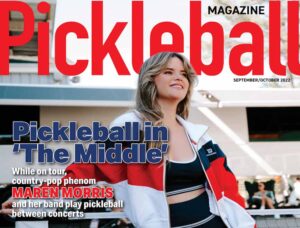