The last of the living founders of the sport of pickleball recently passed away.  Barney McCallum, one 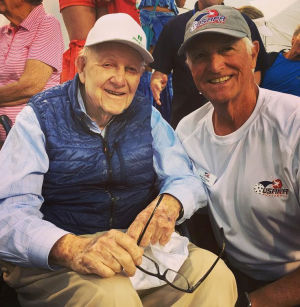 of the game’s inventors and pioneers died at his home in Seattle, Washington on Monday, November 18 surrounded by his loving family and not far from Bainbridge Island, where it all started in 1965. Barney was 93 years old and left behind a legacy of passion and devotion to a sport that is beginning to gain significant momentum in the sports world.

The game of pickleball evolved on a summer day nearly 55 years ago in the backyard of Barney’s good friend, Joel Pritchard. It was there with another friend, Bill Bell that the trio built a makeshift court that combined the playing elements of ping pong, badminton and tennis. It was rudimentary at best but caught on with people originally in the Pacific Northwest. At the time, Barney was married with four children and owned and operated the McCallum Envelope Company. Little did he know that pickleball was soon to become a driving force in his life.

Barney was inducted into the inaugural class of the Pickleball Hall of Fame in 2017. Two of his closest friends in the sport were Alex Hamner and Jennifer Lucore. Lucore joined the illustrious HOF class last month. They spoke of their close relationship with pickleball’s originator. “In addition to being one of the founders, Barney was the doer. Through his work making paddles, balls and creating Pickle-Ball Inc. he was instrumental in keeping the sport alive. For decades he was the only one manufacturing and marketing products for the sport. Barney was all the good things in life — smart, funny, kind, interesting, thoughtful, creative, humble, authentic, and more. He brought joy to both our lives.” The pair would often visit Barney and his family during the summers at his home in Kent, Washington and would often ask him of the sport’s unique name. “Barney always said, “pickleball was named after the dog Pickles, end of story.”  He should know, he was there!”

Barney’s last appearance at a pickleball event came at the 2018 Margaritaville USA Pickleball National Championships and was thrilled at how far this simple sport, built on imagination and love had come. If you’d like to send along your remembrances of Barney McCallum, write:

Barney McCallum, a Navy veteran, loving husband and father and a name that will forever be synonymous with one of the fastest growing sports in America. 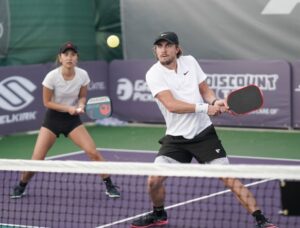 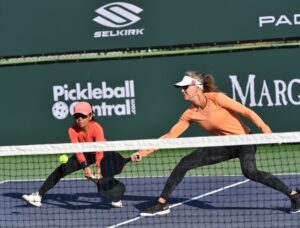