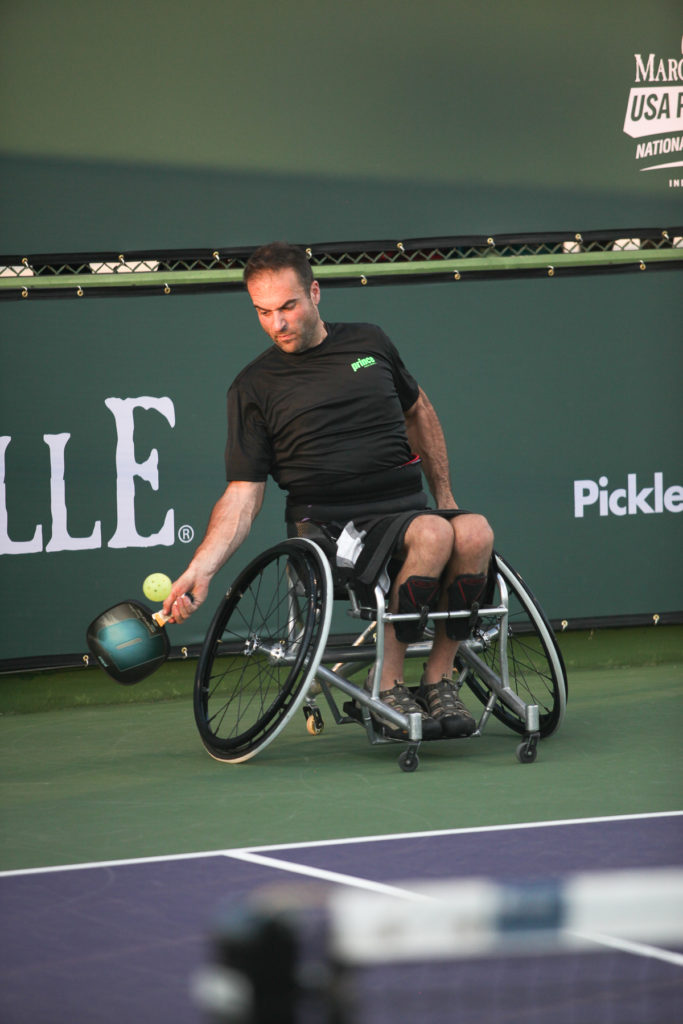 The USA Pickleball Board collaborated with a committee comprised of selected individuals, both "Standing Players" and "Wheelchair Players" to develop rules specific to wheelchair pickleball. The following rules have been finalized and have been added as "Section 16 - Wheelchair Pickleball" to the IFP Pickleball Rule Book.

All applicable rules which apply to standing players apply to those in a wheelchair except as listed below.

The wheelchair pickleball player is allowed two bounces of the ball on his or her side of the net. The second bounce can be anywhere inside or outside of the court boundaries.

In accordance with the requirements of the American with Disabilities Act, USA Pickleball will not discriminate against qualified individuals with disabilities on the basis of disability in its services, programs or activities.