As a global financial services leader with over 40 years of experience working for companies based in the United States and Europe, Philip Bullen is one of the newest board members of the USAPA. Currently, he is Chairman and Member of the Investment Committee for Battery Global Advisors, a Boston-based full-service office. Philip is also non-executive director and Chair of the Compensation Committee for Geode Capital Management as well as a FINRA Arbitrator.

With an MBA from the City University School in London, Philip 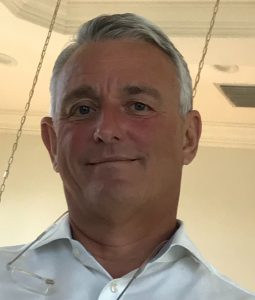 has been a fixture in England and across the pond back in Beantown. Starting his financial services career in 1977 for Baring Asset Management, a 250-year old London-based banking and investment firm with major operations in the UK, Far East and North America, Philip rose through the ranks over his 20-year tenure, becoming Director and Senior Portfolio Manager and eventually President and Chief Executive Officer.

After a brief stint with Santander Global Advisors in Boston, a wholly owned subsidiary of Spain’s largest banking group, Philip made his way to Fidelity Investments as Senior Vice President and Group Chief Investment Officer. Instrumental in putting Fidelity’s international capabilities on the world map, Philip oversaw asset growth from $15 to $120 billion.

With a few other advisory and consulting affiliations before his present positions, Philip has always been active in his communities. Among his associations have included Boston University Trustee and Advisory Board Member for BU’s School of Education, Director of Boston Society of Security Analysts and Trustee and Investment Committee Member of the Massachusetts Eye and Ear Infirmary.

Philip had been a passionate squash player for most of his life, but when he and his wife moved to Palm Beach in 2013, pickleball reigned supreme and squash courts were nowhere to be found. “My lifelong squash career came to an end, but pickleball came along and filled the gap.  It’s a great game, very inexpensive, easy to learn, fun and relatively easy on your body,” said Philip who’s also an avid golfer, scuba diver and boater.

With a keen interest towards recreational play, Philip is equally enthusiastic about the sport’s potential. “The future is very bright for pickleball.  I believe it will continue to grow even more rapidly in the next five years as new players get to see what a fun game it is. “