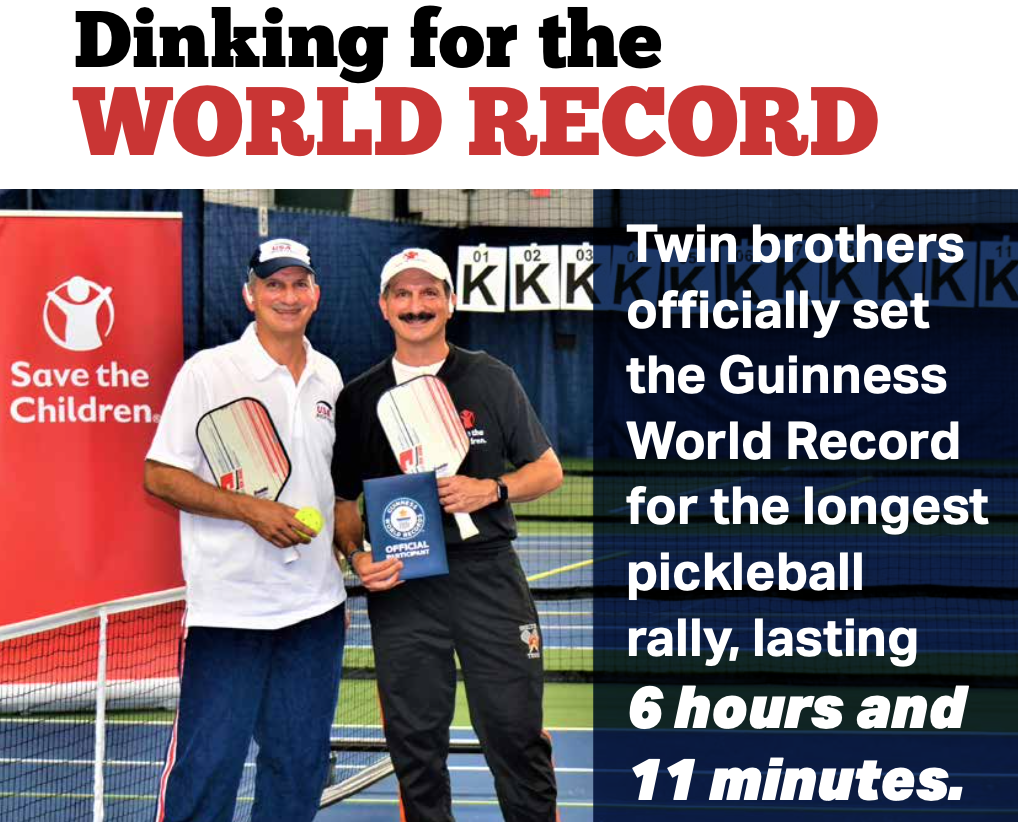 A Franklin X-40 ball was dinked 16,046 consecutive times in a row. After rallying for more than 6 hours. Angelo and Ettore Rossetti held their breath as they watched the ball barely make it over the net, nearly ending the rally. But the twin brothers from Connecticut persevered, officially setting the Guinness World Record for the longest pickleball rally, lasting 6 hours and 11 minutes.

The Rossetti brothers are no strangers to world records. They also set the record for the longest tennis volley rally, volleying a tennis ball 30,576 times-a record that still stands today.

With each record-setting attempt tied to a charitable cause, they hope to be challenged by another set of brothers we all know well-the Johns brothers-and turn this into an annual event, with our pickleball community rallying together for a cause!

Watch the record-setting 6 hours and 11 minutes of consecutive dinking on Facebook, as well as our interview with the Rossetti brothers following the monumental day!