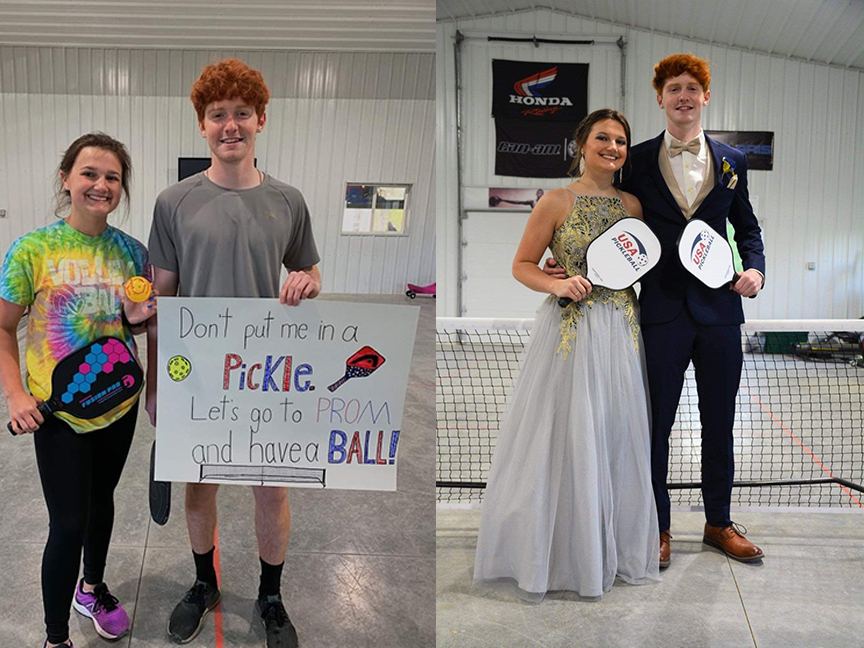 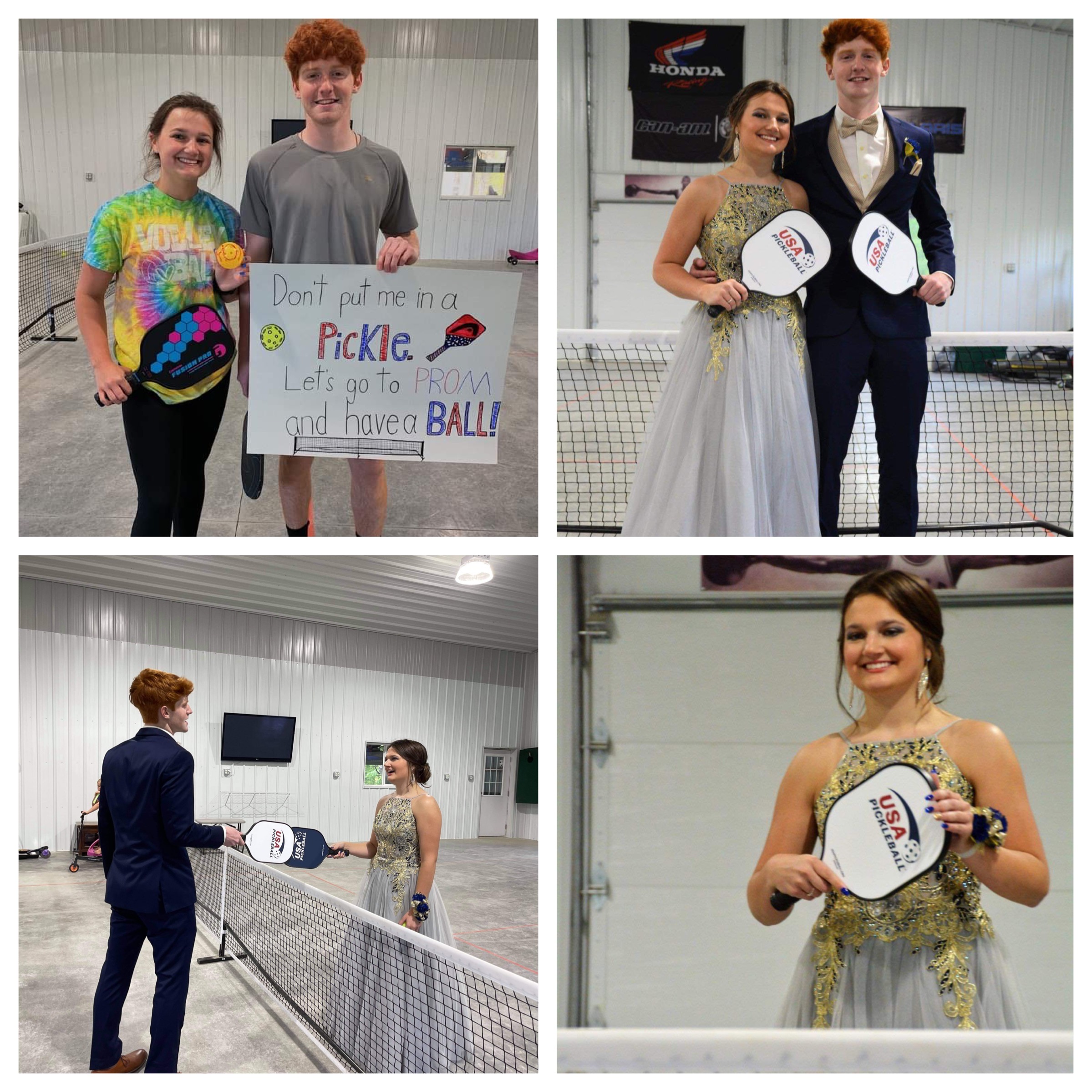 Jossie Huxford’s family, from Rosedale, Indiana, built their polebarn just the right size so that it would fit a full pickleball court inside of it because of their whole family’s love for the game. They had some friends who had their own court, so they too wanted to be able to play pickleball all year round so created their construction plans to allow for an indoor, fully heated court right on their property!

It was on that home court that during a pickleball match, Phoenix decided it was the perfect time to surprise Jossie with a promposal, with the most adorable sign that read, “Don’t put me in a pickle. Let’s go to prom and have a ball!”

Who could say no to that?

“When Phoenix did the promposal, I wasn’t expecting it. Two months before he was told he couldn’t bring someone from another school due to COVID, so I didn’t know that it had changed,” said Jossie about her surprise with the promposal. “I was confused at first and then I was happy when he did it, and during my favorite activity of pickleball. We were in the middle of a game and he purposely lost the other ball and gave me the promposal ball.”

Jossie has been playing pickleball for 3.5 years and Phoenix has had fun learning from Jossie over the last 6 months. With Jossie trying to play at least 2-4 times per week, Phoenix admits that Jossie usually wins more games than he does.

USA Pickleball saw the promposal pictures shared in the Pickleball Forum Facebook group by Jossie’s mom, Jacque, and wanted to help the couple celebrate their upcoming prom and gave them official USA Pickleball paddles for their prom pictures that took place on May 21st.

The two of them had the best time getting a game of pickleball in during their photoshoot, followed by a nice dinner together and later dancing with their friends at prom.

Both Jossie and Phoenix plan to continue playing pickleball, along with Jossie playing on the high school volleyball team. The Huxford family will all continue to play family games in their polebarn, Jacquie said, with hopes of competing in future tournaments.

Congratulations Jossie and Phoenix and thanks for sharing your story!

A Franklin X-40 ball was dinked 16,046 consecutive times in a row. After rallying for…

Pickleball 101: A quick guide to the fastest growing sport in the U.S. While much…