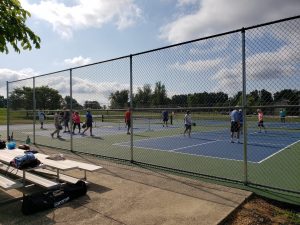 The Steel City, the City of Champions — Pittsburgh, Pennsylvania, made up of some of the country’s most stalwart workers.  It’s also made up of world championship banners. From the Steelers, to the Pirates and Penguins, sports is a major way of life for many who live in and around the Burgh.

One of those who calls Pittsburgh home is retired police officer Joe Pricener. A pickleball player, Joe is part of Pittsburgh Pickleball East, a group of players who had to play on dilapidated old tennis courts that were lined for pickleball. As one who served his community for many years, Joe took it upon himself to step up one more time for his community. He convinced the borough managers that oversaw the park and convinced them that the interest in pickleball was high and growing every day and the need for dedicated pickleball courts was not later, but now. 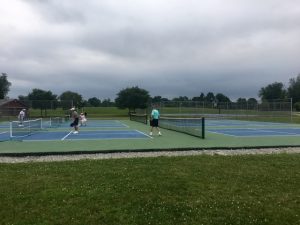 were constructed in Monroeville Park where 70+ players and counting are dinking and rallying. The beautiful new courts opened in June.

Recently, Gamma held their third annual tournament in Pittsburgh and attracted over 900 players. 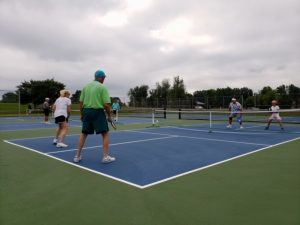 “Joe was involved from the very beginning and when the park manager was laying out the design for the courts, Joe was instrumental with his recommendations,” said Sandi Gross, USAPA and Pittsburgh Pickleball East member. “They were deciding how many courts to build, and the amount of space needed. Since he lived nearby, Joe was always checking on the progress, talking to borough people and keeping us advised. Without Joe we would not have these six beautiful dedicated pickleball courts.”

Maybe someday soon another banner will fly proudly in the Pittsburgh area and one that Joe Pricener and his Pittsburg Pickleball East members can look proudly at.