Please welcome the following Board Members to the USA Pickleball (USAPA) family: 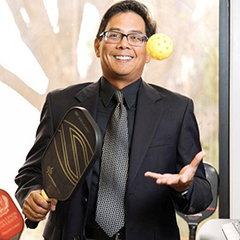 As a kid, Ernie Medina, Jr., was always involved with racquet sports. Maxing out at a lofty height of 5ft 6in, he was always shorter than most of his peers, so popular sports like basketball and volleyball didn’t suit him, but with parents who were tennis players, he started playing tennis at an early age, and table tennis even earlier. In the mid-1980’s while in college, he worked as a teacher’s assistant for Laura Fenton Kovanda, and added racquetball to his list of racquet sports he loved to play. When his mom, Loida, introduced him to pickleball in April of 2016, it was love at first dink.

Pickleball fits in nicely with Ernie’s professional career as well. He studied health science, health promotion, and lifestyle behavior change at Andrews University (undergrad) and Loma Linda University (LLU) where he earned his masters and doctorate in health promotion and preventive care. After graduating in 1993, Ernie worked for 21 years at Beaver Medical Group working with patients who, because of certain lifestyle-related diseases, needed to change their habits, especially in physical activity, nutrition, stress management, and smoking cessation. Ernie was always organizing various physical activity events for his patients, such as hiking, bicycle riding and yearly physical activity challenges.

In 2015, Ernie came back to LLU and joined the faculty of the School of Public Health, where he now helps to train and educate the next generation of public health specialists. His research interest is in physical activity and is currently part of the first dissertation on pickleball. Ernie is also known as the “Pickleball Evangelist” and is using pickleball to impact health. With his position at Loma Linda University, he teaches pickleball as part of a summer day camp for overweight kids called “Operation Fit.”

Ernie does take time to play pickleball and now that he has aged up into the 55+ category, he’s looking to play more senior tournaments such as the Huntsman Games and SSIPA tournaments. This tireless dynamo also organizes and runs several tournaments, including the Halo Halo Cup, LLU Homecoming Pickleball Tournament, and Loma Linda Pickleball Club’s winter and spring tournaments. While he enjoys coordinating tournaments, his first love is playing with and teaching newbies and creating more “pickleball addicts”.

When he looks back on the last four years, he’s amazed to see how pickleball has impacted both his personal and professional lives. And while his wife and daughter don’t play (they stick with running and mountain biking), his 3 siblings play, as well as a growing number of extended family members. One of his goals for 2020 is to get his 82-year-old Mom qualified and entered into the National Championships. And, while his late dad, Ernesto Sr., who taught him tennis and table tennis, never had a chance to play pickleball due to a stroke 15 years before his Mom was introduced to the game, Ernie looks forward to the day when he will meet his Dad again and challenge him to a game of pickleball. 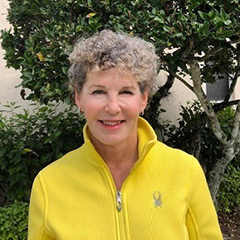 Suzanne Guerin came to love the sport of pickleball when she moved to Colorado in early 2013.  A native New Yorker and resident of Manhasset, Long Island for 55 years, she relocated to Broomfield, Colorado when her first husband passed away and her two children (a daughter, 36 and a son, 34) moved to Los Angeles.  “My priorities changed when my husband passed.  Prior to this I was the typical ‘type A’ personality –working six days a week and at a high point in my career.  I had just met the President in the Oval Office and had closed two major gifts for the Helen Keller National Center, but I knew I needed a more balanced and healthier life.”

Trading New York’s fast-paced lifestyle for Colorado’s laid back and healthier lifestyle, was an easy decision for her.  She resumed her love of skiing, took up hiking, snowshoeing and… pickleball!  Suzanne credits pickleball for jump-starting her new life and introducing her to like-minded pickleball enthusiasts who are now among her dear friends.  “I didn’t know anyone when I moved to Colorado, so rotating in and out of games at the local pickleball courts was a great way to meet people.  This social aspect of pickleball is what I love most about the sport.”

In 2018 Suzanne married Paul Guerin.  Among their shared interests which include their grandchildren, riding motorcycles and golf, they are also pickleball partners.  Suzanne and Paul both lost spouses so they understand the importance of enjoying every moment.  Following this wisdom, they retired from their busy work lives and now divide their time between Broomfield and Naples, Florida where they enjoy all the activities they love.

Professionally, Suzanne has spent over 30 years in the nonprofit sector with 19 years at the Helen Keller National Center in Port Washington, New York.  She is a thought leader and advocate for the deafblind community (which includes older adults who are losing vision and hearing through aging) and co-founded Deafblind Citizens in Action, a national nonprofit.  Suzanne believes that volunteerism is one of the most significant contributions one can make to society, so she continues to volunteer as a fundraiser for the nonprofit she started, and she regularly volunteers as a mentor in the newly established tiered referee training program.  Looking to the future, Suzanne is excited to join the USAPA Board of Directors where she hopes her skills as a nonprofit executive and fundraiser will contribute to the growth of the organization and perhaps lead to more opportunities for people with disabilities to participate in the sport. 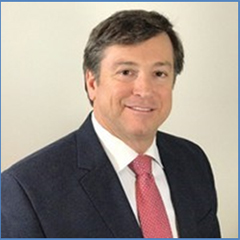 Bob Franceschelli feels blessed to be able to play pickleball and to also give back to the sport by serving as a USAPA Board Member.  His story is like so many in that Bob was “hooked” on pickleball the very first time he picked up a paddle and hit a ball.  His story though took a turn in 2008 when he underwent surgery to repair a broken vertebra and a bulging disc in his lower back and then, in December of 2015, Bob underwent a total hip replacement.  He jokes that his body ‘houses more hardware than Home Depot.’ Despite these physical setbacks, Bob is thrilled to have beenable to start playing pickleball and continues to enjoy the sport.

“The level of exercise, social interaction and support of the pickleball community is unlike any other sport I have experienced,” said Bob. “It fills so many needs for so many individuals.  As a former high school and college athlete, pickleball has also filled a competitive gap for me.”   Bob gets around the court recreationally and in tournaments, competing in 4.0/4.5 open-age Men’s Doubles.

Bob worked for 29 years at Anheuser-Busch Inbev in cross-functional, executive-level positions, including Entertainment Marketing, Brand Management, Sales, Distribution and Operations.  That was followed by an eight-year career as President of Medicare-approved Pritikin LLC, and CEO/President of Pritikin Intensive Cardiac Rehab.  Bob recently became a Pritikin LLC Board Member and serves as a volunteer Board Member and Mentor at ITEN, a 501(c)(3) catalyst for tech innovation and is also an advisor to the St. Louis Pickleball Club and if that’s not enough to keep him busy, he is also a pickleball referee.

He holds an MBA – Management from Webster University and earned a Certificate in Executive Education in Corporate Board Effectiveness at Harvard.

“The sport’s awesome inherent qualities, easy access and affordability are positively impacting the health and social benefits of people of all ages and all walks of life. I can’t wait to participate in the continued explosive growth of this life-changing sport,” said Bob.