What is pickleball: A Game for Everyone 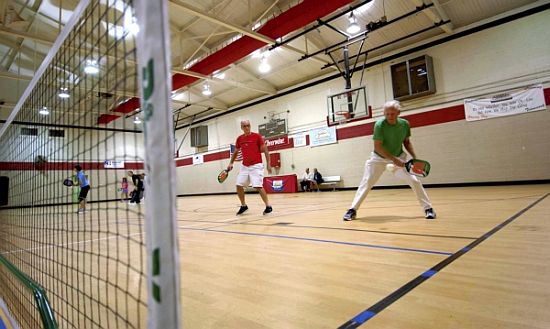 What is pickleball: a game for everyone

According to USAPA.org, there are over 15,000 indoor and outdoor courts in the United States; and at least one location in all 50 states. Pickleball is being introduced to kids in teenagers in physical education classes in middle and high schools. And though the sport has become more competitive through the years, many players enjoy the social aspects of the game and the ability to stay active in their own towns and communities. As more retirement locations have adopted pickleball as an integrated sports activity for their population of residents, we have a seen an explosion of new court construction throughout the United States – especially in the southern states. Tennis, racquetball and ping pong players love the competitive nature of the sport and regularly participate in local, regional, and national tournaments.

According to the Sports & Fitness Industry Association’s (SFIA) 2016 Participant Report, there are more than 2.5 million pickleball participants in the United States. SFIA is the premier trade association for top brands, manufacturers, retailers and marketers in the American sporting goods and fitness industry and have been in existence since 1906.

Join the community from anywhere